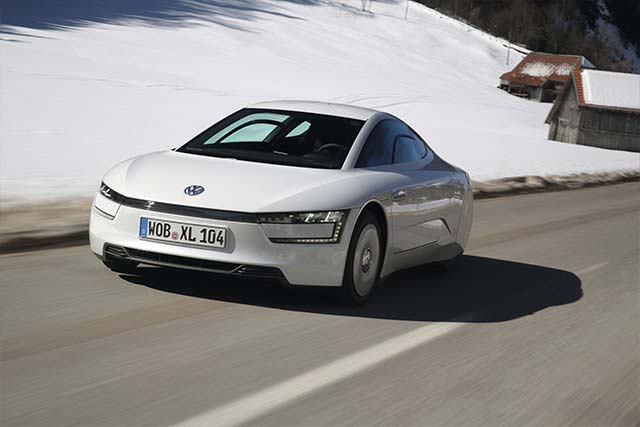 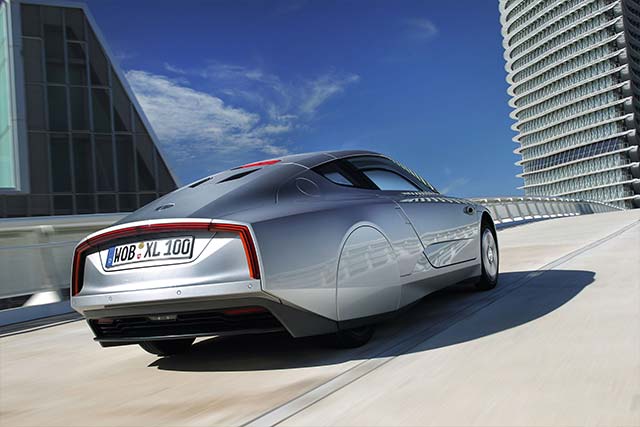 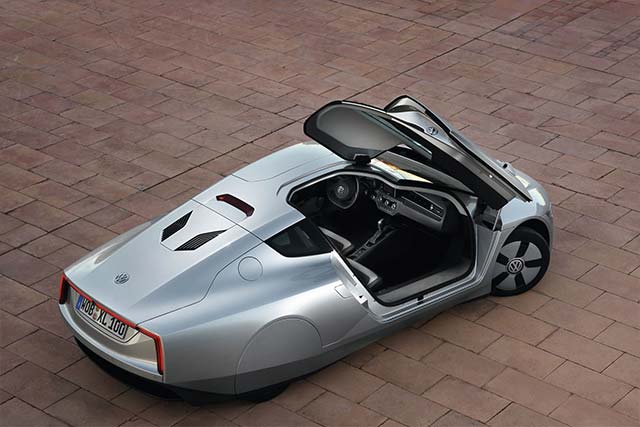 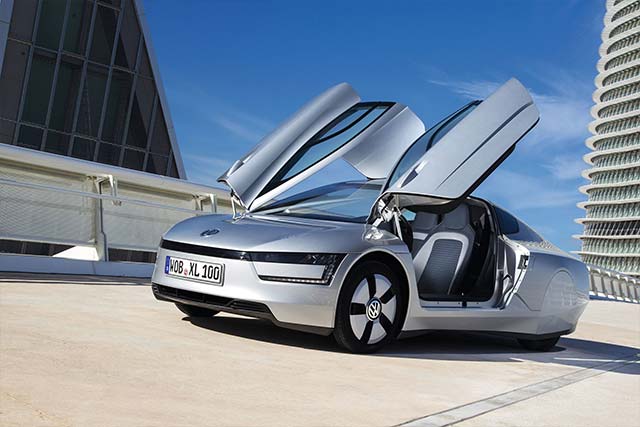 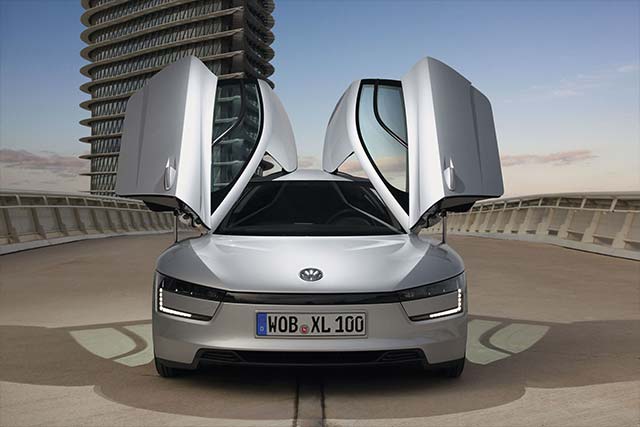 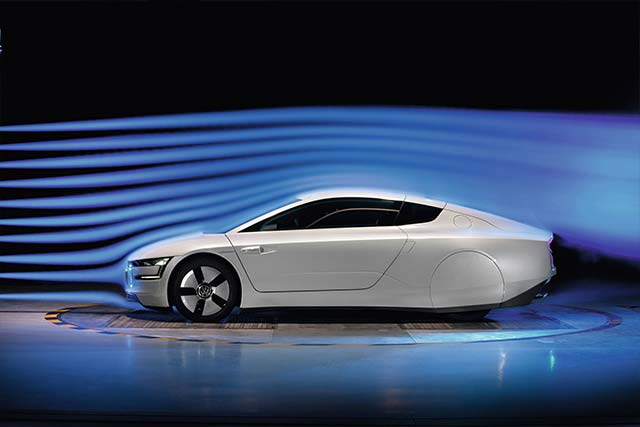 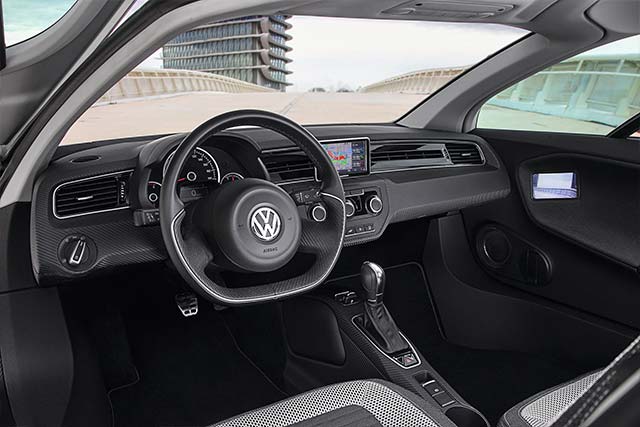 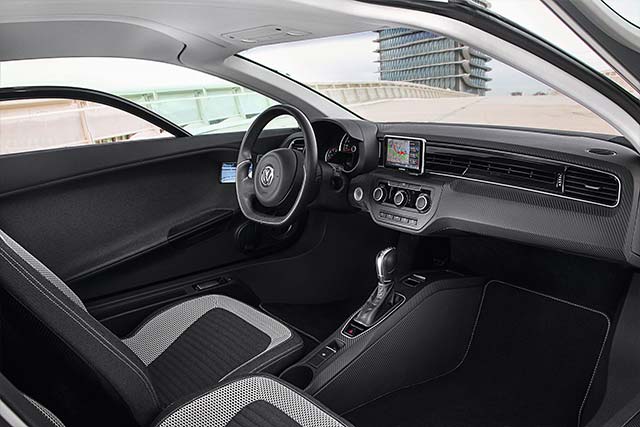 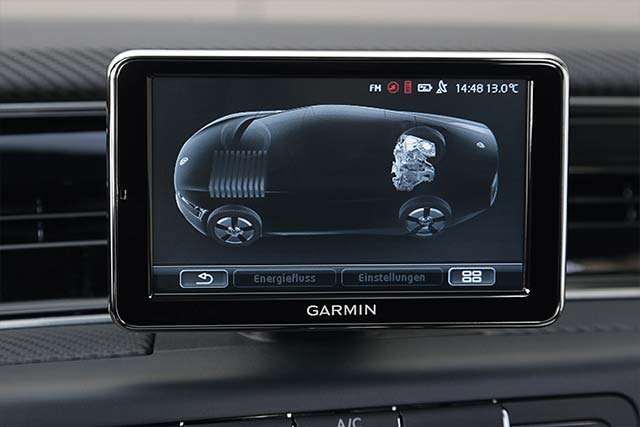 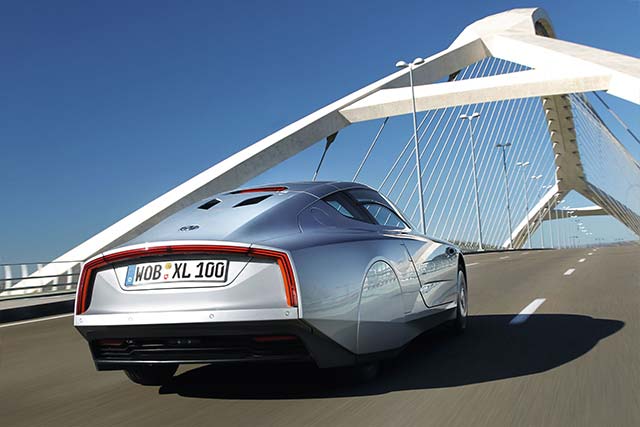 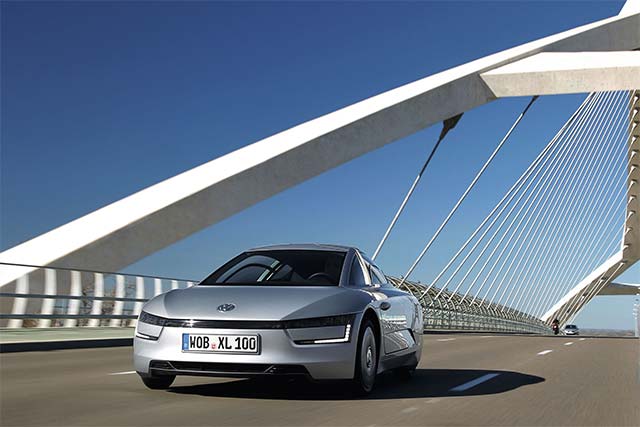 Most concept cars are design studies; technological demonstrations of what might be possible that rarely come to market in their initial, exciting forms. Only rarely does a concept emerge into the world as a production model that delivers on its promises of styling and technological breakthroughs. Such is the case with the Volkswagen XL1 model, which unveiled a new approach to hybrid drivetrains and vehicle construction and achieved near magical efficiency numbers while being fun to drive.

The story of the XL1 dates to 2002, when then Volkswagen AG Chairman Ferdinand Piëch arrived at the company’s annual shareholder meeting in a prototype known only as “the 1-liter car.” Having been kept secret until that drive, the 1-liter car was a two-seat spaceship, powered by a single-cylinder, naturally aspirated, direct-injection diesel engine that was centrally positioned in front of the rear axle and paired with a dual-clutch six-speed automatic transmission. The 300cc engine produced just 8.5 horsepower, but combined with its 640-pound weight and unheard-of 0.159 drag coefficient, the car managed to run for 100 kilometers on one liter of fuel (.99 liters to be exact). Between its technological achievements, aerodynamic shape, tandem seating, and gullwing doors, the 1-liter car was like looking into the future.

The future evolved at the 2009 Frankfurt Motor Show with the reveal of the L1 concept. Modestly bigger and heavier, the L1 was powered by a new 800cc, two-cylinder, direct-injection TDI engine with 24 hp. It also included a new hybrid-electric system, which delivered a 40 percent boost in torque and a few miles of electric-only range. The L1 concept could generate 189 mpg (1.2 L/100km) with a range of up to 416 miles (670 km). With design language more in tune with the contemporary Volkswagen lineup, it looked like a production model might be in the works.

Two years later, at the 2011 Qatar Motor Show, Volkswagen debuted the XL1 model, the most advanced 1-liter car yet. The XL1’s two-cylinder 800-cc TDI engine developed 48 hp, while the electric motor jumped from 14 to 27 hp, powered by a 5.5-kWh lithium battery. This new powertrain helped the XL1 achieve 313 mpg (0.75 L/100km) on the European combined test cycle, despite an increase in weight to 1,752 pounds, and could travel 31 miles (50 km) on electricity alone. The most obvious change was on the outside, though: The XL1 was wider and a tad more conventional than its predecessors – although it still couldn’t be mistaken for anything else on the road.

The seats were now staggered and sat offset to each other within a central carbonfiber monocoque, made through a more cost-efficient resin transfer molding process that brought the XL1 closer to mass production. The entire monocoque weighed just 197 pounds, and weight was saved everywhere else possible. With its magnesium wheels and exceedingly low 0.19 drag coefficient, the XL1 could cruise at 60 mph using just over 8 horsepower.

Behind the wheel, the XL1 showed that “efficient” didn’t have to also mean “boring.” Its ultra-aerodynamic shape meant that at highway speeds a light tap on the accelerator was all it took for the power to kick in. The lack of power steering gave the wheel a heavy, but communicative, feel, offering a tactile response that many modern vehicles lack. The cockpit is spartan in design, but well equipped; all necessary controls are at the driver’s fingers, including air conditioning and GPS. One thing the XL1 never lacked for was attention: at city speeds, running near silent on all-electric power, it turned every head it passed. The XL1 was a truly unique driving experience.

The unique materials and technology of the XL1 made it too expensive for high-volume production; just 250 cars were built, 200 of which were sold to the public in Europe. They rarely become available for sale, and when they do, the vehicles command prices near their original sticker of €111,000 (or around $150,000 at the time). Technology may have never been able to make the XL1 an option for the wider public, but the car remains an unparalleled automotive achievement.