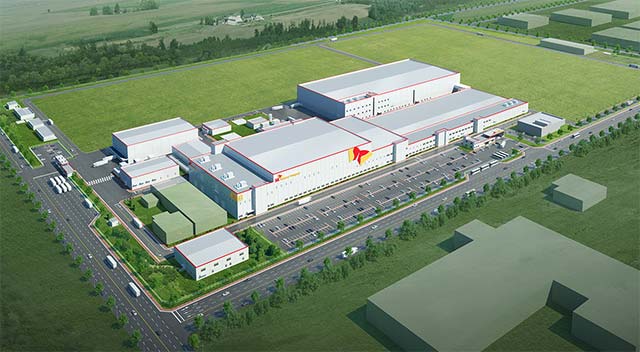 This factory is expected to be constructed in Iváncsa, Hungary, with a production capacity of 30 GWh per year. The first and second European plants are also located in Hungary (Komárom), and the expected third plant will be the largest in investment scale.

SK Innovation secured an area of about 700,000 m2, which is equivalent to 98 football stadiums.

For this third European plant, which will be a long-term project, of which construction will be commenced in the third quarter this year and will last until 2028, a total of USD 2.29 billion (about KRW 2.6 trillion) is expected to be spent as construction cost. This is half of the anticipated total investments. The company plans to finance the project externally according to its construction schedule.

Located 50 km southwest of Budapest, Iváncsa is equipped with smooth logistics infrastructure, such as railroads and roads; abundant workforce, as it is near the big city; and all other sorts of infrastructure, which led the city to become the site of SK Innovation’s new project.

With the investment decision this time, SK Innovation came closer to its mid- and long-term goal to become a leading global EV battery company with a production capacity of “125 GWh+α per year by 2025.”

As the company made investments of which scale was around 10 GWh adjusting to the orders in the past, the size of the investment decision made this time, 30 GWh, is noticeable. This reflects the level of SK Innovations’ determination to become a leading global player by securing its competitiveness and actively taking orders in the rapidly growing EV market environments.

Thanks to this investment, the company will be able to proactively cope with the battery demands in the European markets, which are expected to increase more than six times to 256 GWh in 2025 from the current 41 GWh. Focusing on the EV battery industry, which fits the best the European Green Deal policy, SK Innovation plans to expedite its vision of “Green Balance 2030,” the core of its ESG management.

Kim Jun, CEO of SK Innovation said, “Business conditions are not favorable because of the COVID-19 pandemic, but we made a bold investment decision for our future to grow the green mobility business and thus complete the ESG management together with our successful financial story. The investment decision made this time will lead the battery business of SK Innovation to greatly contribute to the value chains and ecosystem and to become a leading global company in the global EV industry.”