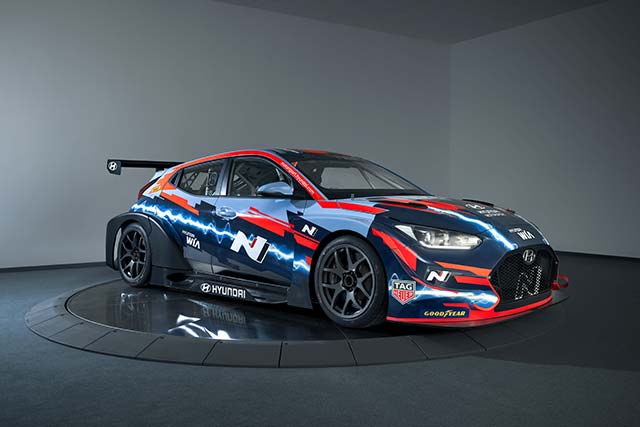 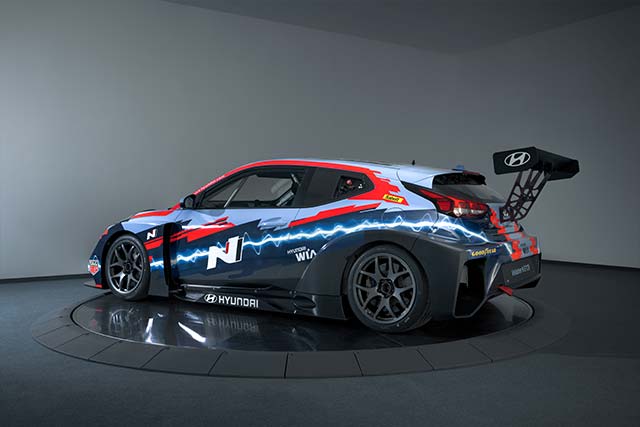 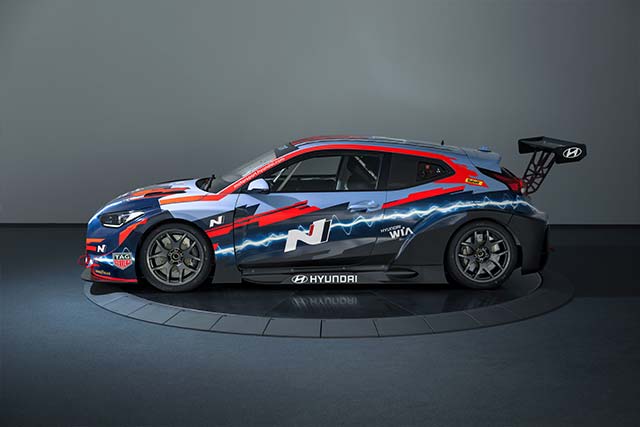 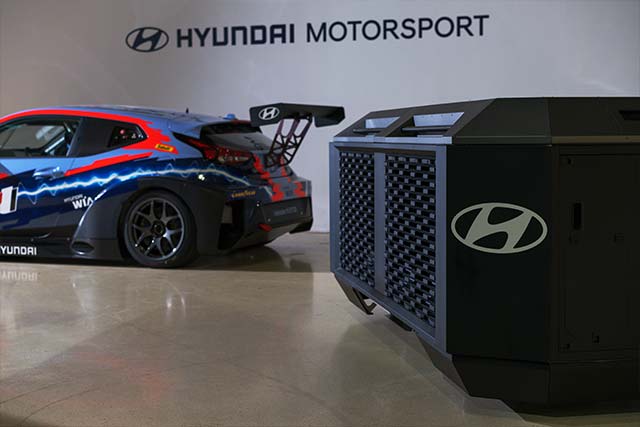 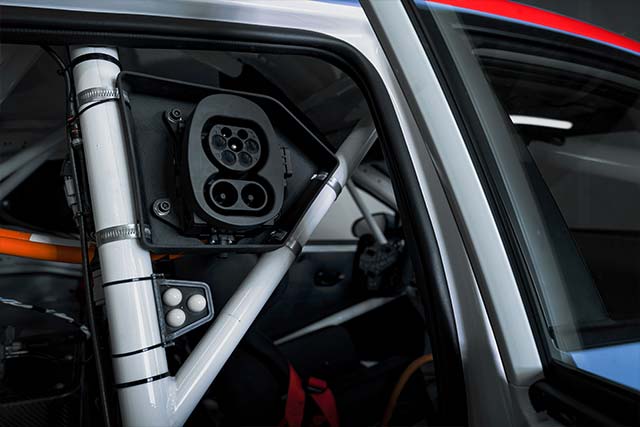 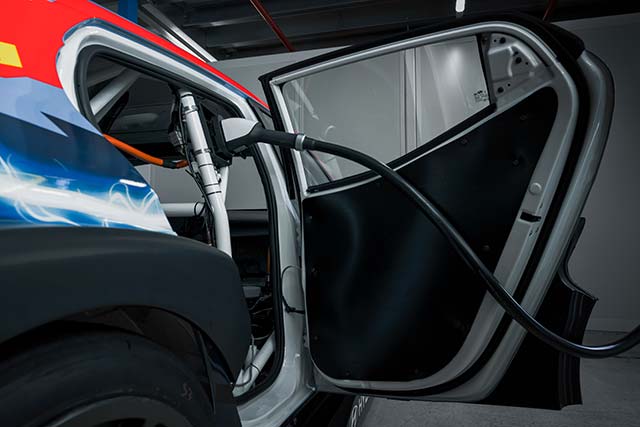 Hyundai Motorsport will participate in the inaugural all-electric touring car championship PURE ETCR, which will commence later this year. PURE ETCR will set the benchmark for electric racing around the world and accelerate the transition to emissions-free mobility. Hyundai’s involvement marks the latest step in the company’s quest to make motorsport greener.

Hyundai Motorsport will compete in PURE ETCR with its new all-electric high-performance touring car, the Veloster N ETCR. It heralds an exciting new era for Hyundai, which will see electric racing become one of the pillars of the company.

Alongside its electrification strategy, Hyundai has also used its leadership in fuel cell technology to develop its hydrogen generator. This generator will be able to charge electric cars through converting green hydrogen into charging power.

For Hyundai, motorsport is a field in which the company can experiment with new technologies, which can then inform the development of its production cars. Knowledge transfer between Hyundai Motorsport and the Hyundai N brand has proved fruitful so far, with success in both the WRC and TCR championships as well as well-received road cars like the all-new i20 N.

“Hyundai is undertaking huge efforts to develop sustainable mobility for a better world, and motorsport is not exempt from this goal. That’s why we are very excited to have the opportunity to build on our WRC and TCR success as part of the upcoming PURE ETCR,” says Andrea Adamo, Hyundai Motorsport Team Principal. “With our holistic approach, we are able to significantly reduce emissions in motorsport while ensuring the spectacular sport we know and love remains fun, for drivers and fans alike.”

Motorsport is an extension of Hyundai’s “performance” pillar. Despite being a fresh player in this field, the company has already made a mark. The Hyundai Motorsport team formed in 2012, overseeing the establishment of its Alzenau facility and the development of its first rally car, the i20 WRC. Hyundai Motorsport entered the FIA World Rally Championship for the first time in 2014. After five successful seasons laying the foundations for success, the team won the World Rally Championship for the first time in 2019. This feat was successfully repeated last year, as Hyundai strengthened its reputation in global motorsport.

After a successful foray into WRC, Hyundai Motorsport entered the world of circuit racing in 2018 with the i30 N TCR. Gabriele Tarquini took the car to the top of the inaugural WTCR standings in 2018. A year later, Norbert Michelisz powered the i30 N TCR to its second consecutive championship.

Ahead of the PURE ETCR championship, Hyundai Motorsport’s engineers designed and built the company’s first all-electric high-performance vehicle, the Veloster N ETCR, at its headquarters in Alzenau, Germany. Like the i30 N TCR and i20 N Rally2, it is based on a highly-modified version of another Hyundai N car, the North American Veloster N model.

Testing on the Veloster N ETCR began with a prototype design in September 2019, which the team continued to develop throughout 2020. It is a zero-emission, rear-wheel drive touring car with mid-mounted motors and designed specifically for ETCR regulations. Equipped with a 798-volt battery pack from Williams Advanced Engineering located in the floor of the car and a double-wishbone rear suspension, the chassis is radically different from any previous Hyundai Motorsport project. It boasts a peak power output of 500 kW (equivalent to 680 PS) and a continuous power of 300 kW. The Veloster N ETCR’s engine consists of four motors – two per wheel – which are connected to a single gear ratio gearbox.

PURE ETCR presents Hyundai with the opportunity to push its electrification systems to the limit under the most extreme conditions. However, while high-performance is a key tenet for the company, it is also committed to making the competition, as well as the future of motorsport and performance cars more generally, as environmentally-friendly as possible. For Hyundai, this does not stop with the zero-emission drivetrain. Rather, the whole ecosystem has to be sustainable, from power generation to fuel transport.

Hyundai will be offering its new hydrogen generator as a recharging system for electric vehicles. The Hyundai Generator is the newest feature of emission-free electric charging and consists of two fuel cell stacks. First, the generator is filled up using tanks of compressed hydrogen. Inside the fuel cell stack, the hydrogen is exposed to oxygen. The ensuing chemical reaction generates energy. This energy is used to charge the batteries of the electric touring vehicles. This way, participants can be sure that the electricity used to charge the cars also comes from emissions-free, sustainable sources.

The Hyundai Generator allows two EVs to charge simultaneously. As well as featuring a high-speed charging capability, it also offers significantly reduced noise levels compared to a diesel generator. Beyond e-racing, Hyundai is also confident its hydrogen-powered generator has a range of different potential use cases, such as festivals, construction sites and crisis situations.

Electric racing represents the perfect opportunity for Hyundai to combine both environmental sustainability and motorsport, bringing together the brand’s “progress” and “performance” pillars. In the future, electric racing is set to become one of the core pillars of Hyundai Motorsport. ETCR showcases how future-oriented technologies and cleaner racing can be combined.

Electrified motorsport is also a way for Hyundai to reach out to new target groups. By developing an emissions-free touring car like the Veloster N ETCR, the company is demonstrating the feasibility of high-performance EVs. These models can be eco-friendly, while at the same time being fun to drive.

Feb 13, 2021Blagojce Krivevski
The Renault 5 Prototype: Shining a light on the past with the iconic wink [video]Seven ways Formula E has always been accelerating change