BYD wins another order for 406 electric buses in Colombia 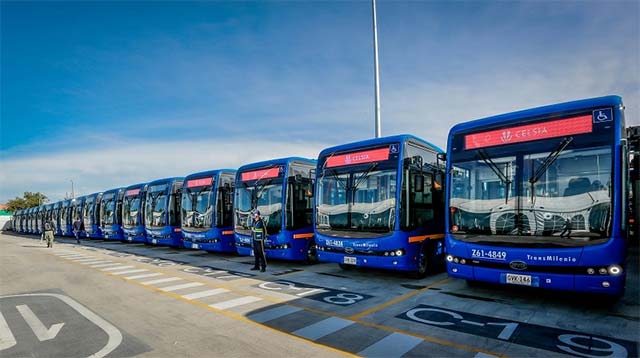 The buses are expected to be deployed along 15 routes in Bogota’s Fontibon district in 2021 and thereafter 150,000 residents along the routes will be able to enjoy pure electric and zero-emission transportation services.

Along with the previously-announced 470 buses, the new batch includes 9m- and 12m-long electric buses.

“BYD is honored to receive another large order. There are currently 483 electric buses in TRANSMILENIO S.A, and when all 406 buses are in operation next year, Bogota will have 889 pure electric buses, of which 876 will be from BYD – accounting for more than 98.5%,” said Lara Zhang, Regional Director of BYD Latin America.

BYD entered the Colombian market in 2012 and made several milestone achievements: building the first pure electric taxi fleet in South America in 2013, entering the Bogota BRT system in 2017. It has also delivered 64 electric buses to Medellin in 2018, and delivered 470 units for the largest pure electric bus fleet in Colombia in 2020, and won another order for 406 electric buses in Bogota recently.

Throughout Latin America, BYD’s new energy vehicle footprint has spread to major markets including Chile, Colombia, Ecuador, Brazil, Barbados, Panama, Costa Rica, Uruguay and Argentina. The brand has gained market praise for its remarkable environmental benefits and reliable quality, and continues to promote the electrified public transportation across the Americas. Globally, BYD’s green transport offerings have spread to over 300 cities, operating in more than 50 countries and regions.