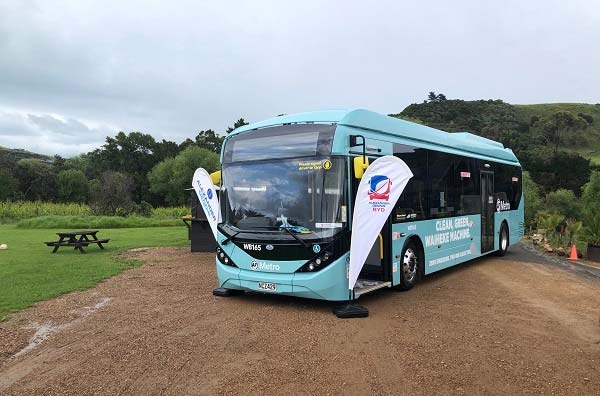 This fleet will go into service by Waiheke Bus Company, marking the Island the first suburb in Auckland to operate an electric bus fleet. The other two electric buses will join the fleet in December which can be expected that half of all buses on the island will be converted to zero-emission operations by Christmas.

These 8 electric buses are seen as a significant milestone for the development of sustainable mobility for the island’s communities, as well as the procurement of electric buses in New Zealand.

BYD ADL Enviro 200 EV can carry 37 passengers and can travel with a range of 300-400km on a single charge. Guaranteed by BYD’s reliable technology in battery and power transmission systems, these pure electric buses serve in large capacity, long battery life, and zero carbon emissions which can fully meet the local market demand.

Working with ADL, BYD has deployed its technologies to Auckland since it entered into the New Zealand market in 2018. In addition to the bus fleet delivered to Waiheke Island, there are also other pure electric buses currently operating in Auckland, Christchurch, and Tauranga.

New Zealand has been actively promoting policies to deal with climate change. In 2017, New Zealand announced plans to have a fully renewable electricity supply by 2035. In 2019, the country’sparliament passed a bill to tackle climate change, aiming to reduce New Zealand’s greenhouse gas emissions and make the country largely carbon-neutral by 2050.