The race for EV leadership: lessons learned from China 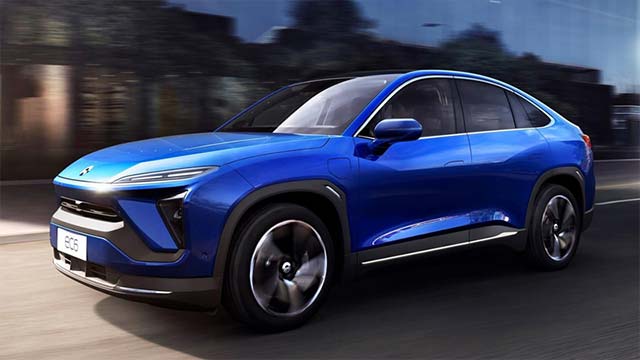 In the race for automotive electrification, China has set the bar high, securing a stronghold in the EV market. But with the Chinese government pulling back on subsidies, the race is far from over.

China miles ahead of competitors
Despite sales data showing signs of an impending slowdown, once subsidies are fully phased out, the EV market in China will still be far ahead of its competitors. In fact, currently, there are 138 different EV models available in China, compared to just 60 in Europe and 17 in the USA.

The unrivalled power of incentivisation and regulation
A relentless approach was applied in China, to not only encourage the uptake of EVs but to deter consumers from petrol and diesel cars. In Shanghai, for instance, a license plate costs $13,000 for a vehicle with a combustion engine, despite being free for an EV.

And, a centrally planned economy was integral to China’s success. According to the IEA the number of public slow and fast charging spots reached 862,118 globally, with China taking a 60% share (Global EV Outlook 2020).

The impressive EV penetration in China can also be explained by significant price points gaps between the regions. JATO’s figures show the average retail price of EVs sold in Europe and the US in 2019 to be 58% and 52% higher than in China, respectively.

Early adopters and creatures of habit
Alongside government intervention, consumer behaviour is heavily influencing the success of electric vehicles. This can be seen in the differences between Chinese and EU consumers. The former known for being the ‘smartphone generation’, tech-savvy and at the forefront of digital technologies. The latter being risk averse, ‘reluctant adopters’, who are more likely to be swayed towards EVs due to a heightened awareness of sustainability.

The battle for international dominance
The growth trajectory remains unclear for China as the full plan will play out to cut subsidies by 20% in 2021 and 30% in 2022. However, beyond its internal market, China ambitions are clear – to become a global automotive superpower.

Simultaneously, the market in Europe is starting to gain real momentum, ramping up state intervention to accelerate uptake and growth, as it races to meet carbon emission targets.

Notwithstanding incentives, in Europe, adoption will be economic rather than regulatory, and only when parity in total cost of ownership is achieved will EVs begin to gain a significant share of new vehicle sales.

China’s journey in becoming the largest EV market in the world in just under a decade remains living proof that the growth of EVs at pace, requires the backing of Government intervention. But as Europe’s market continues to grow, will the two giants collide?