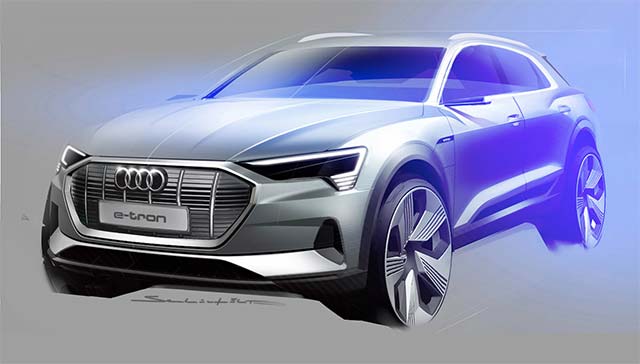 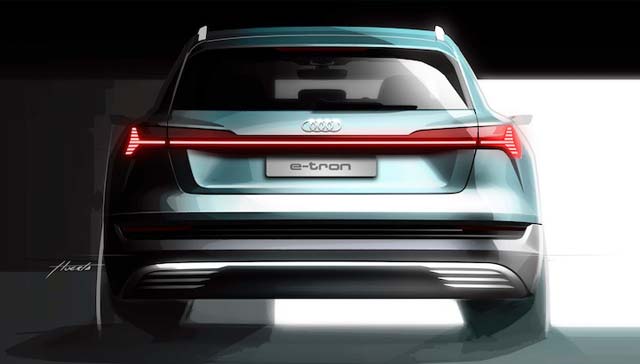 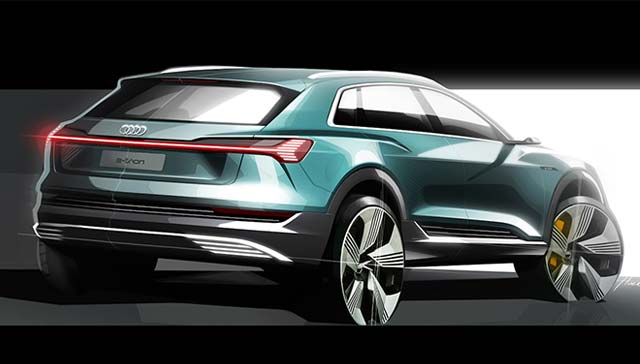 Continuing the series, Formula E delve deep into the design story of the Audi e-tron with the minds who created it. Here’s the story of how Audi’s first fully-electric car came to be.

When Audi revealed its first foray into the world of mass-produced all-electric cars at the 2015 Frankfurt motor show, it was one of the first major manufacturers to showcase its electric future. One year before the big reveal, the German powerhouse had announced its entry into the ABB FIA Formula E Championship, with the Audi Sport Abt Schaeffler squad. After winning the inaugural round in Beijing with veteran Audi driver Lucas di Grassi, the marque was off to a strong start in the race to develop a road-going mass-production car.

“The main task was to create a car that wasn’t scaring anybody off,’ said Audi exterior designer Stephen Fahr-Becker, speaking at the production car’s launch in 2018.

“The temptation was to be very radical with the design. As designers, we knew this was ground-breaking, so we wanted to make it look totally different.”

Still bearing many of the design cues that first featured on the 2015 concept – such as digital wing mirrors, a rear light bar across the back and a solid, SUV profile – the production e-tron blends conservative exterior design with new technology.

“Because it’s the first electric car from Audi, we wanted to give the customer the feeling that this is an electric car,” explains Fahr-Becker.

“At the front, we have a mostly closed grille that has almost a shield-like expression. Then, on the rocker area – basically the lower third in between the wheels – we made it a little more extroverted to point out where the new centre of power lies.”

Since the e-tron’s launch, the German marque has continued its success in the ABB FIA Formula E Championship, still with its original squad of Lucas di Grassi and Daniel Abt. Looking to extending its e-tron range after showcasing more models over the past few years, the team will be relying on the lessons it’s learnt in the city street racing series to perfect its future production cars.