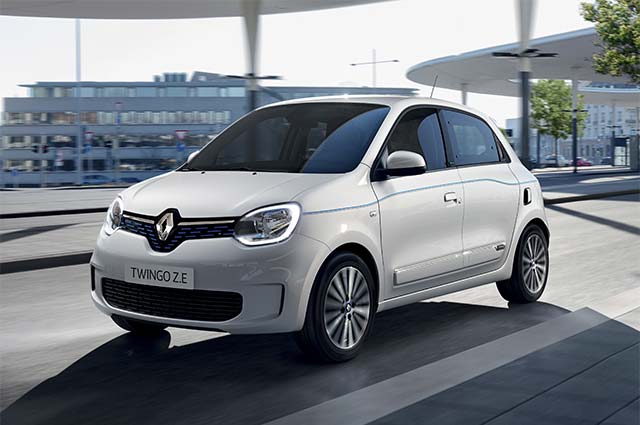 With Twingo Z.E., Renault’s iconic small city car now has an all-electric engine to offer even greater driving pleasure and comfort in everyday life. With its bubbly personality, this fun and easygoing car reaches its full potential in its favourite playground. By going all-electric, Twingo is more than ever the queen of the city!

Since its first appearance in 1992, Twingo has constantly reinvented itself in line with changing uses and needs. After three generations and almost four million cars sold in 25 countries, Twingo has broken new ground with the launch of its all-electric version, Twingo Z.E.

Renault has leveraged its extensive knowledge of the small city car segment to develop an electric car whose driveability, operating range and features are perfectly suited to the needs of city drivers. Built on a platform designed for electric cars, Twingo Z.E. offers performance and pleasure which magnify the factors that have already made Twingo such a success. 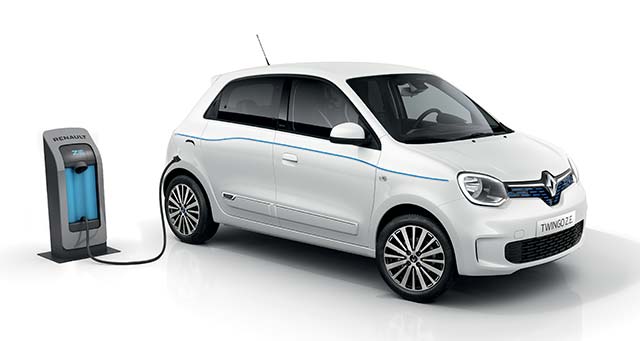 Where driving pleasure and convenience are concerned, Twingo Z.E., just like its internal combustion counterpart, has the industry’s best-in-class turning radius. Its electric rear-wheel drive and different driving modes make it even more fun and enjoyable to drive. With its 22 kWh battery, Twingo Z.E. can zip around the city for a whole week on a single battery charge. Its versatile charging system allows it to charge up to four times faster than its competitors at the charging stations most commonly found in public areas. 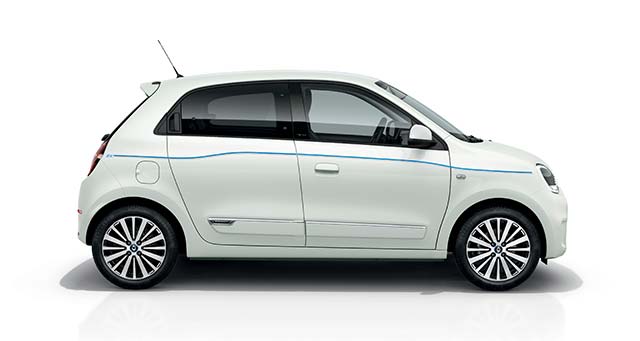 And it makes an even better everyday companion, with its compact size, outstanding roominess and modularity. New connected services make life easier for drivers across the entire Twingo line and, on Twingo Z.E., include all the features specific to Renault’s electric vehicles.

Twingo Z.E. builds on the iconic status and popularity of Twingo, a long-standing leader in the A-segment on the French market and the fourth best-selling mini city car in Europe.

Twingo Z.E. is also the seventh all-electric vehicle developed by Renault, since the Group already has the ZOE model, the Twizy quadricycle and the Kangoo Z.E. and Master Z.E. vans, as well as the RSM SM3 Z.E. saloon, sold in South Korea, and the Renault City K-ZE small SUV, sold in China. As a super city car, Twingo Z.E. is positioned in a niche complementary to that of New ZOE, the European B-segment. 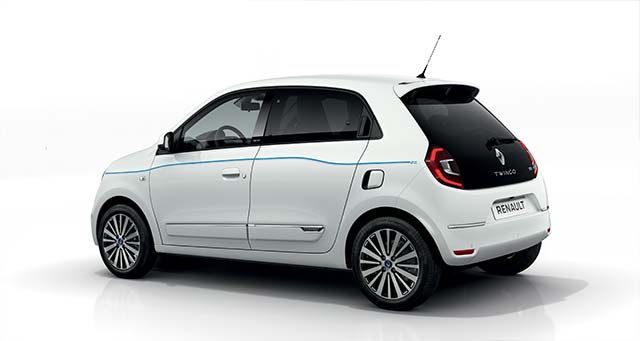 Twingo Z.E. is built on a platform originally designed for electric cars, thus taking advantage of all the electric-vehicle expertise acquired by Groupe Renault over the past ten years.

Its 22 kWh battery boasts latest-generation lithium-ion cells developed in partnership with LG Chem. It has been fitted into the car so as not to alter either the overall roominess or the volume of the boot. Thermal management is provided by a water-cooling system, a first in the Renault Z.E. range. Paired with a Caméléon® charger developed by Groupe Renault for ZOE, the Twingo Z.E. battery offers optimised charging across all charging stations in alternative current (AC) up to 22 kW. Its aluminium crash boxes, fully embedded in the battery structure, further strengthen its lateral resistance. 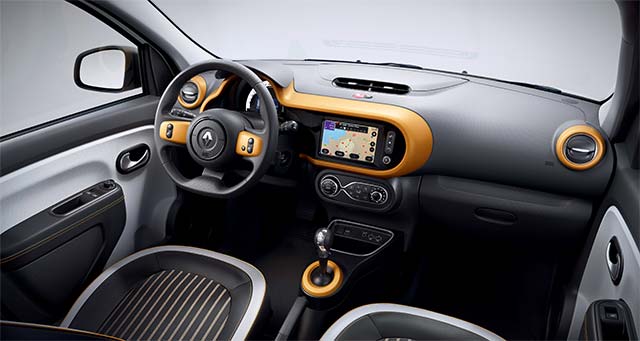 The Twingo Z.E. powertrain (motor, reduction gear and charger) is based on that of New ZOE and manufactured at Cléon in western France, on the production lines that already manufacture other electric engines for Renault and its partners. It gives the mini city car first-class energy efficiency.

The car is assembled at the Novo Mesto plant in Slovenia, where all Twingo versions are made, and distributed and serviced through the Renault network. All Renault’s sales and technical teams in Europe have been given training in the specific features of electric vehicles.

Twingo Z.E features a “B mode” giving drivers a choice of three levels for the regenerative braking function as soon as they release the accelerator pedal. In the most advanced configuration, the car decelerates significantly, which quickly regenerates the battery, reduces the need for braking and makes city driving easier. In contrast, the most continuous mode allows the vehicle to keep going almost as if it was in freewheel mode.

With its 22 kWh battery, Twingo Z.E. has a range of around 250 kilometres (143 miles) in WLTP City cycle and 180 kilometres (102 miles) in Full WLTP cycle. Given that the average daily commute for mini city car users in Europe is around 30 kilometres (19 miles), the operating range is sufficient for a week’s commuting without charging, making it the perfect electric city car alternative to internal combustion versions.

The “Eco” mode, activated by pushing a button on the centre console, offers an operating range of around 215 kilometers (125 miles) on mixed journeys, by limiting acceleration and top speed on motorways.

With its smart Caméléon® charger patented by Renault, Twingo Z.E. can be charged at home, at work or using alternating current (AC) power infrastructure up to 22 kW. The technology enables it to adapt to the power available at each charging station and make full use of existing facilities, especially in cities. As a result, Twingo Z.E. benefits from optimum charging time whatever the charging station. It charges up to four times faster than its competitors at those most commonly found in public areas. Connection to a 22-kW charging station for just thirty minutes increases Twingo Z.E.’s operating range by around 80 kilometres (50 miles) for mixed journeys.