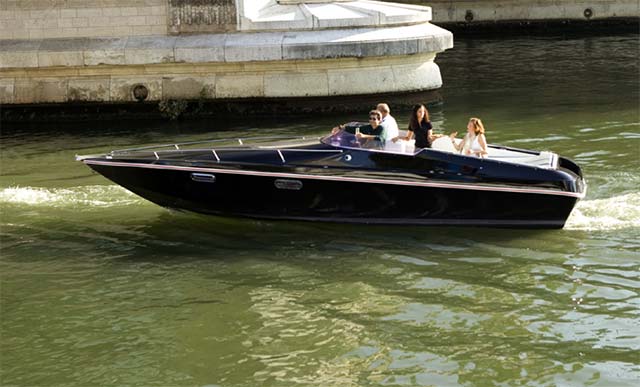 Due to go into service in 2020, Black Swan can carry up to eight passengers and pioneers the use of lithium-ion batteries that have already had their ‘first car life’ in Renault Z.E. vehicles. After being reconditioned these cells are used to power a pair of 20 kW electric motors that allow two hours cruising on the River Seine in Paris, while full charge will take just two to three hours.

The Black Swan is based on an existing craft built by Italian firm Tullio Abbate. Originally powered by a traditional internal combustion engine, it now features four ‘second life’ batteries housed in specially designed, water-tight stainless steel containers located beneath the boat’s bench seats. The batteries and motors together weigh 278kg, which is less than the combined total of the original fuel tank and engines.

As a pioneer and leader in electric vehicles, this project continues Renault’s commitment to sustainability and the circular economy, which aims to reduce energy use and the extraction of raw materials by the re-use and refreshing of existing resources.

Examples include Renault’s involvement in Smart Fossil Free Island on Porto Santo, Portugal, where resident volunteers drive Renault Z.E. vehicles that can feed energy back into the island’s electricity grid when not being used.