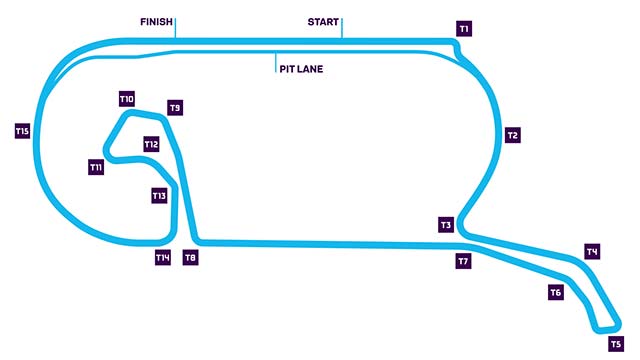 Back for the fifth time in the series’ history, the ABB FIA Formula E Championship returns for more madness in Mexico City on February 15, with a new layout at the Autodromo Hermanos Rodriguez circuit.

Boasting one of the most competitive line ups in motorsport – with new additions TAG Heuer Porsche and Mercedes-Benz EQ joining the Mexico grid for the first time – all 24 cars and drivers will make their way around the longer 2.606km circuit in the capital city.

Heading off the same start/finish line, the first two corners remain the same as previous years, before the pack makes its way around a new Turn 3, which turns left into a new, four turn sequence.

Looping back around a hairpin (Turn 5), Turn 6 and 7 lead back onto the familiar layout, with a straight and sharp right-hand bend (Turn 8) leading into the legendary Foro Sol stadium section (Turns 9-13).

Once around this, it’s back through Turn 14 and then into the fully profiled Peraltada curve (Turn 15), which no longer features the chicane, before the pack crosses the start/finish line to complete the lap.