Volkswagen ID.3 to be assembled in Glass Factory in Dresden from 2020 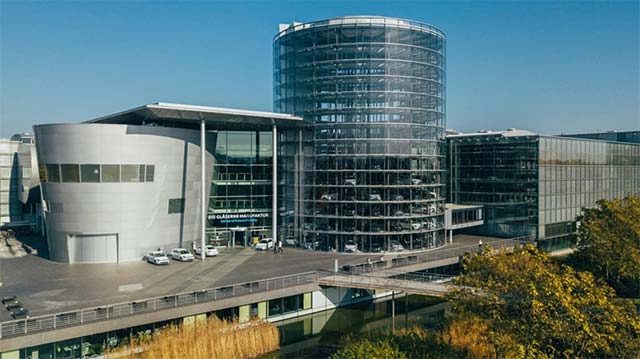 Volkswagen continues to step up the pace of its electric offensive: Two weeks after the official start of the EV’s production (SOP) at Zwickau, Volkswagen said the ID.3 would also be assembled in the Gläserne Manufaktur (glass factory) in Dresden from autumn 2020.

The ID.3 is the first model in the latest generation that Volkswagen is putting on the road under its global electric offensive. The Gläserne Manufaktur is to evolve into a Center of Future Mobility where innovative technologies are developed and tested in collaboration with industry partners and startups.

Efforts to pursue new areas of business such as the function testing station are to be intensified. Vehicle collection is to be significantly expanded, and the location is to be made even more attractive as a destination for visitors and customers.

The first vehicles from the MEB family are scheduled to leave the assembly line in Dresden from fall 2020. The plant could possibly also assemble further models from the ID. family at a later point in time.

Moreover, in order to lay a solid foundation for the future of the Gläserne Manufaktur there are also plans to establish or expand new areas of business in the fields of vehicle collection, insourcing and vehicle function testing in the border tripoint of Poland, the Czech Republic and Germany. In particular, the function of the location in Dresden as a vehicle collection point is to be expanded, with a specific focus on electric vehicles. Currently, some 1,300 vehicles per year are handed over to customers in Germany. This number is to be significantly increased, thereby providing secure jobs for some 380 employees.

Series production of the ID.3 in Zwickau began exactly two weeks ago at a ceremony attended by Federal Chancellor Dr. Angela Merkel and Group CEO Dr. Herbert Diess. The Group plans to launch up to 75 all-electric models and some 60 hybrid vehicles in the marketplace through 2029. The Volkswagen Group is aiming to sell some 26 million electric vehicles by 2029, thus helping e-vehicles make the breakthrough. The Group is to spend some €33 billion on e-mobility alone.

The Gläserne Manufaktur has been placed on a solid footing for the future in recent months with innovative areas of business such as the “Future Mobility Incubator” and “Future Mobility Campus”, expansion of vehicle collection, the testbed for Production 4.0 and the “Software Development Center Production”. This successful transformation is now being accelerated and intensified even further.