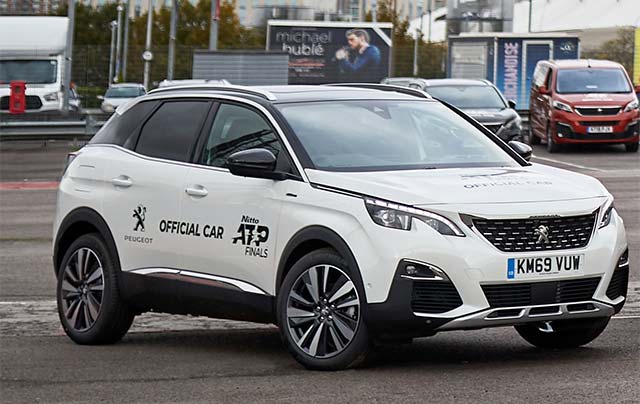 PEUGEOT is set to continue its long-running association with tennis as a partner of the Nitto ATP Finals for a fourth consecutive year.

PEUGEOT started a global partnership with the ATP Tour in 2016 and has been present as a sponsor of more than twenty ATP Tour tournaments ever since.

The Nitto ATP Finals, held at The O2 in London will once again see the top eight ranked men’s singles players competing against each other, including PEUGEOT ambassador and defending champion Alexander Zverev, as well as Matteo Berrettini who also joined the PEUGEOT team earlier this year.

Vehicles from across the PEUGEOT range – 308 SW, all-new 508 Fastback, all-new 508 SW, 3008 SUV, 5008 SUV and Traveller – will be made available as part of an exclusive chauffeur service to officials and special guests of the Nitto ATP Finals. PEUGEOT’s first, new generation, fully electric vehicle, the all-new PEUGEOT e-208, will also be on show at The O2 for the duration of the season finale.

The PEUGEOT e-208 is the first 100% electric model in a new range of electrified PEUGEOT vehicles as part of the brand’s electrification strategy.

The all-new PEUGEOT e-208 uses a 50kWh battery and is capable of 217 miles (WLTP) from a single charge. Inside, the all-new e-208 comes with new PEUGEOT 3D i-Cockpit® with a compact multifunction steering wheel, a configurable 3D head-up display and either a 7” or 10” HD colour touchscreen.

David Peel, Managing Director of PEUGEOT UK said: “The Nitto ATP Finals sees the top eight players in the world fight it out to take the crown, so they’ve all had a great year just to get to this stage. 2019 has also been an important year for PEUGEOT.

“As we look forward to our new electric vehicles becoming available to UK drivers early next year, we appreciate the ATP giving us the platform to show off our all-new PEUGEOT e-208, of which we are incredibly proud. We wish all the players the best of luck in the tournament, and would like to thank everyone who has been a part of this amazing year for PEUGEOT.”

PEUGEOT is committed to providing electrified versions of its entire electric model range by 2023.