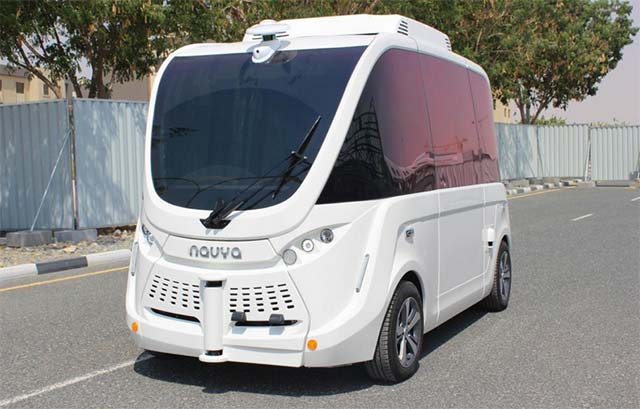 Dubai World Congress for Self-Driving Transport; organised by Roads and Transport Authority (RTA) Dubai on 15th and 16th October 2019 has attracted more than 700 technology leaders and innovators as well as 3000 visitors of the accompanying exhibition.

The congress focuses on cutting-edge technologies, besides discussing and developing a general legislative structure for autonomous transport.

The event is part of RTA’s efforts in support of the strategy unleashed by HH Sheikh Mohammed bin Rashid Al Maktoum, Vice-President and Prime Minister of the UAE and Ruler of Dubai, to make 25% of all trips in Dubai smart and driverless by 2030. The congress attracted 80 international experts, including five keynote speakers, who will be taking part in 40 lectures and 39 technical workshops.

Dubai World Challenge for Self-Driving Transport, which carries prize money of US$5.1 million (about 19m Dirhams) attracted 65 entities from 20 countries, 15 of them qualified for the finals. The challenge focused on the first and last-mile challenge of mobility journeys.

Five leading companies, three start-ups and seven local and foreign universities qualified for the finals. Qualifying vehicles were subjected to different scenarios and tests on a dedicated track tailor-made for testing such vehicles at the Dubai Silicon Oasis.

Nominees for the challenge were qualified on certain parameters including the status, credibility, vision, skills and relevant experience of the entity. They were then subjected to several tests in various categories to assess their performance under six key standards and 18 subsidiary standards. Key standards covered the operation plan, tolerance and reliability, sustainability and energy, customer experience, safety and security, and dealing with road users.

The list of winners was delivered by autonomous delivery bot Roxo developed by FedEx Express in a fitting move with Dubai being selected as the first city outside the USA to host the test of this personal delivery bot. French companies swept the prizes of leading companies amounting to USD 3 million. Gaussin won the sustainability and energy award, Navya won the durability and reliability award as well as the customers’ experience award.

In the start-ups category the first USD 1 million went to Sensible 4 from Finland, while the runner-up was iAuto from Taiwan who bagged USD 500,000 while UAE-based Derq Company finished third.

The Dubai World Challenge for Self-Driving Transport comprised several phases. In February 2018 the challenge was announced, and in October 2018 qualifiers for Phase II were announced. In February 2019, Phase II started and in March tests started at Dubai Silicon Oasis. From April to June this year, a team made overseas visits to Taiwan, Finland, Australia, Germany and Spain to assess start-ups and academia. In July qualifiers arrived in Dubai to collect geographical data about test tracks and draw maps, and in August vehicle tests started on the challenge track. Winners were selected according to results achieved in tests.