Toyota to test high-efficiency solar roof for its electric cars 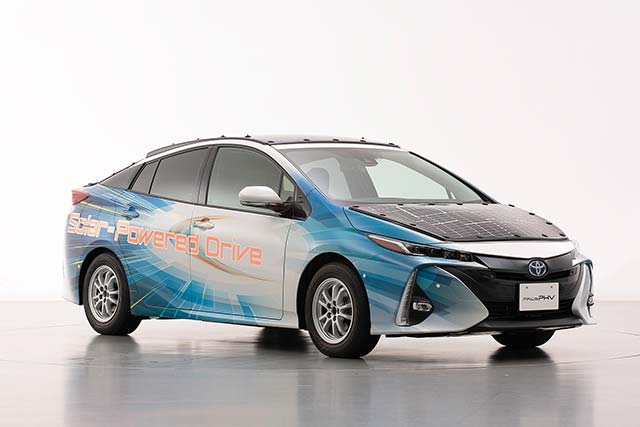 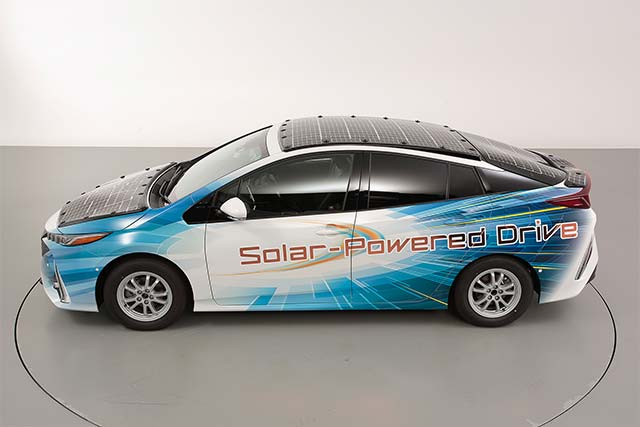 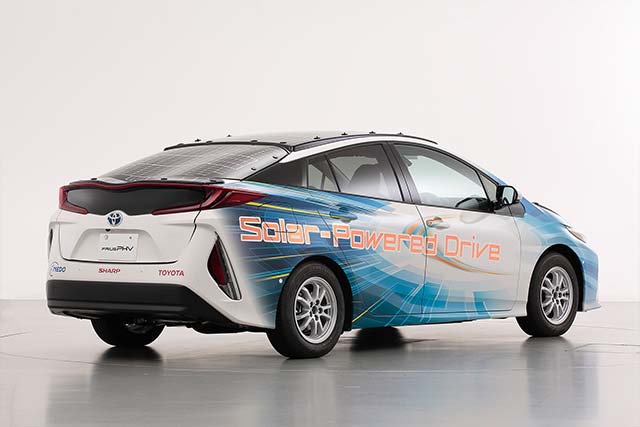 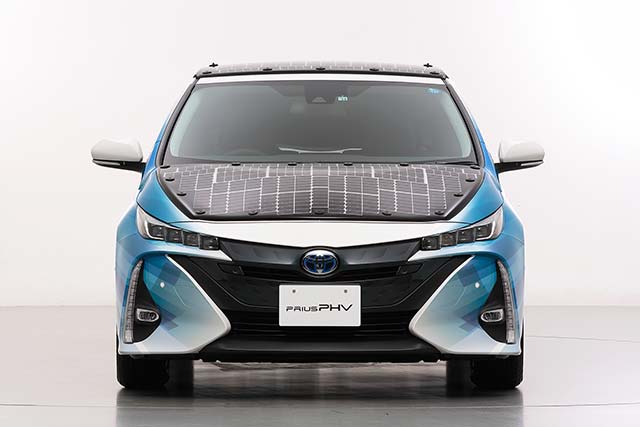 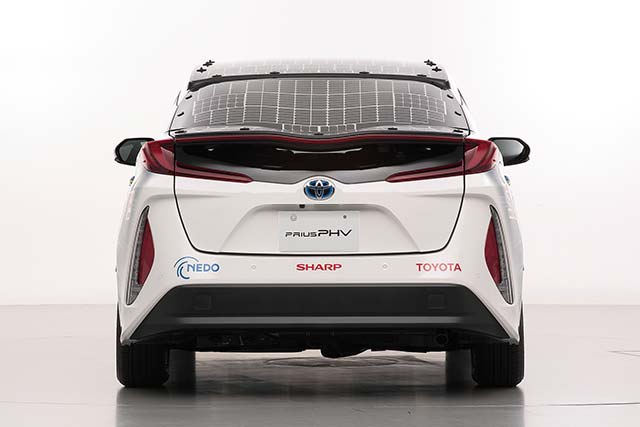 Toyota will start testing a new high-efficiency solar roof for the Pius that could potentially boost the electric range by 56 km (35 miles) per day.

Toyota has partnered with NEDO and Sharp to start public road trials from late July 2019. The trials aim to assess the effectiveness of improvements in cruising range and fuel efficiency of electrified vehicles equipped with high-efficiency solar batteries.

To facilitate the execution of this trial, Sharp modularized its world-class, high-efficiency solar battery cells (conversion efficiency of 34 percent-plus), previously developed for a NEDO-led project, to create an onboard solar battery panel.

Toyota installed this panel on the roof, hood, rear hatch door, and other parts of its “Prius PHV” and produced a demo car for public road trials. By enhancing the solar battery panel’s efficiency and expanding its onboard area, Toyota was able to achieve a rated power generation output of around 860 W, which is approximately 4.8-times higher in comparison with the commercial model Prius PHV (equipped with a solar charging system). In addition to substantially boosting its power generation output, the demo car employs a system that charges the driving battery while the vehicle is parked and also while it’s being driven, a development that is expected to lead to considerable improvements in electric-powered cruising range and fuel efficiency.

Toyota plans to conduct the trials under various driving conditions in Toyota City, Aichi Prefecture, Tokyo, and other areas. Various data, including the power generation output of the solar battery panel and the amount the drive battery is charged, will be obtained and verified, and then used in the development of an onboard solar recharging system. Toyota plans to share a selection of trial data results with NEDO and Sharp. The PV-powered Vehicle Strategy Committee, sponsored by NEDO and other entities will evaluate the benefits based on improvements in CO2 emissions reductions and convenience, such as the number of times a vehicle requires recharging. The goal is to contribute to the creation of a new solar battery panel market, including the transport sector, and find solutions for energy and environmental issues.

Performance comparison of the commercial and demo model Prius PHV

In April 2016, NEDO, a national research and development organization, set up the PV-powered Vehicle Strategy Committee, which is comprised of members from industry and academia. With the goal of finding solutions to energy and environmental issues in the transport sector, the committee’s research focuses on solar power systems. Sharp and Toyota are also active committee participants. The achievements the committee has made thus far include estimates on the potential to achieve an output of 1 kW in vehicles, despite the limited space for installing power systems, by using a solar battery module with a conversion efficiency of 30 percent-plus, zero annual recharging depending on usage patterns, and estimated benefits from a reduction in CO2 emissions.

The demo car is equipped with a solar battery panel that utilizes several solar battery cells with a conversion efficiency of 34 percent-plus. The shape of the module, environmental durability, surface materials, and other factors are based on specifications for driving trials implemented by Toyota. The solar battery cell is a thin film about 0.03 mm in thickness. This makes it possible to efficiently install the film to fit the curves of parts with limited space, including the vehicle roof, hood, and rear hatch door. The rated power generation output of the demo car is approximately 860 W.

Previously, the Prius PHV charged the driving battery only while the vehicle was parked. However, with improvements in power generation output, the demo car employs a system that charges while the vehicle is being driven. This is expected to boost the BEV-mode cruising range and fuel efficiency significantly.

Toyota plans to share a selection of trial data results with NEDO and Sharp. The PV-powered Vehicle Strategy Committee and other entities will evaluate the benefits from improvement in the reduction of CO2 emissions and the improvement in convenience, including the number of times a vehicle requires charging. The goal is to further contribute to the creation of a new solar battery panel market, including the transport sector, and find solutions for energy and environmental issues.