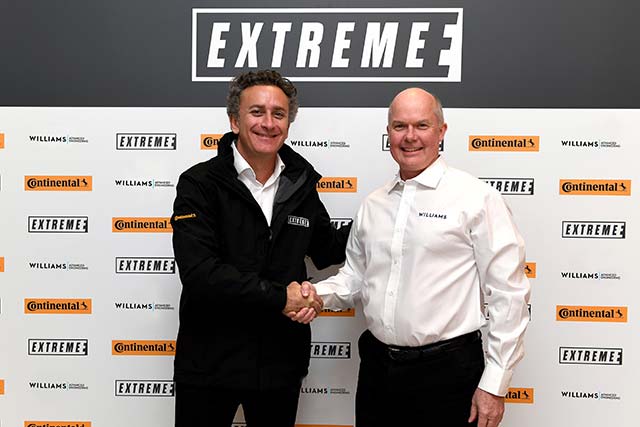 The batteries will be specially-designed and developed by Williams, plugging into the expertise and experience of the same minds who assembled the batteries and cells for the first four seasons of the ABB FIA Formula E Championship.

Made to withstand extreme environments, conditions and terrains, the batteries will be compatible with Formula E-specification motors and produce a maximum power output of 470 kW (equivalent to approx. 630 bhp).

Williams will put batteries into production, ready to provide teams with identical 54 kWh battery packs – to be used in the first two seasons of Extreme E.

“When starting a new project like Extreme E, it’s important to build a strong foundation of partners with motorsport pedigree. With Williams Advanced Engineering we have a partner with a proven track record – across a number of disciplines and industries – and Formula E in particular, where they delivered high-performance, efficient and reliable batteries. Racing in remote and extreme environments is a different challenge altogether and I’m excited to team-up with Williams once again to bring Extreme E to life.”

“The team at Williams Advanced Engineering takes great pride in its achievements powering the first four seasons of Formula E, at a better than 99.5 per cent reliability rate. Williams Advanced Engineering is very much looking forward to powering Extreme E, showing the capabilities of electric vehicles even in really tough conditions. We’ve taken the technology for electric vehicles from the race track to the road and it’ll be great to drive public awareness and acceptance of them still further with the challenging conditions of Extreme E.”