Mullen Qiantu K50 will be assembled in Washington state 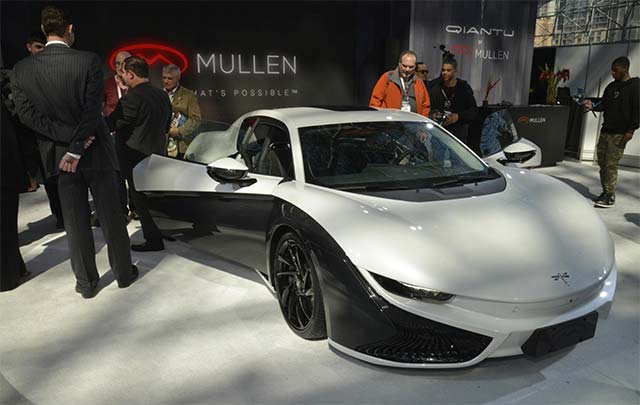 Mullen Technologies announced Wednesday that it signed a letter of intent to build the Qiantu K50 electric sports car near Spokane, Washington.

The company signed a letter of intent with the West Plains Public Development Authority (PDA) calling for the agency to build and lease 1.3 million square feet for a assembly, manufacturing, and research & development facilities for creation of the Qiantu K50.

Mullen said it will initially bring 55 jobs to the Spokane region, projected to increase up to 863 jobs by 2026. The company, through Mullen Energy, has expressed further interest in bringing its research and development functions related to lithium batteries for its autos and other uses which would increase the projected job count to nearly 3,000.

David Michery, CEO and Chairman of the Board for Mullen Technologies states “We are looking forward to working with the West Plains Airport Area Public Development Authority (PDA), to bring strong wage-earning jobs to the Spokane region. PDA and Mullen are working very closely as we introduce the Qiantu K50 all electric sports car to the US market, along with emerging battery cell technology. The PDA will provide us with the land and a revenue bond to go vertical, which will allow Mullen to develop a green energy campus with the quality of life that will help us in the recruitment of world class engineers.”

The launch of the Qiantu K50 is anticipated in the USA in 2020 and is a partnership with Qiantu Motors. The all-electric K50 has 430 total horsepower, with 160 kw of output each at the front and rear motors, which permanent-magnet motors rated for significantly more power than that. On each axle torque is modulated left to right by the brakes. The K50 is capable of 0-60 mph in 4.2 seconds, an electronically limited maximum speed of 125 mph (201 km/h) and a NEDC range of 230 miles (370 km).