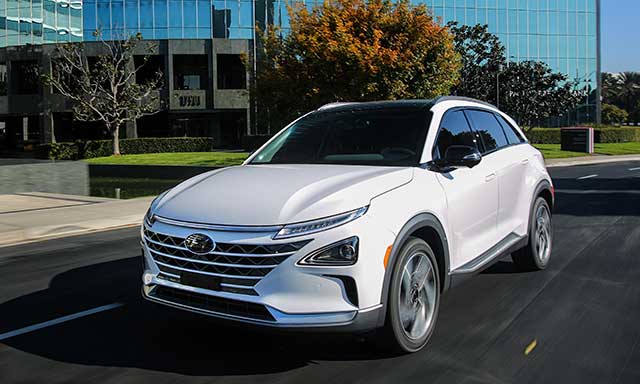 This cumulative distance is the equivalent of circumnavigating the Earth’s surface more than 300 times at the equator, measuring approximately 24,901 miles at its widest circumference.

“Celebrating Earth Day 2019, we couldn’t be more proud of our NEXO and former Tucson Fuel Cell’s direct impact in reducing harmful greenhouse emissions in our planet,” said Michael O’Brien, vice president of Product, Corporate and Digital Planning, Hyundai Motor America. “As our hydrogen refueling infrastructure continues to grow in California and into the northeastern U.S., we eagerly anticipate the exponential reduction in emissions it will bring, resulting in a cleaner atmosphere for everyone.”

NEXO refueling can be achieved in as little as five minutes, allowing a consumer lifestyle very similar to a comparable internal-combustion SUV in terms of both range and refueling speed. NEXO dealers include Keyes Hyundai in Van Nuys, Tustin Hyundai and Capitol Hyundai in Northern California.