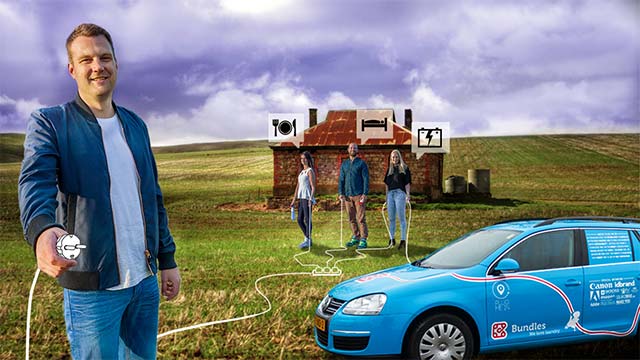 Three years ago, a Dutchman climbed into his converted electric Volkswagen Golf and set out on a journey. Sunday, a motorcade of electric vehicles escorted him and his converted Volkswagen across an iconic bridge in Australia as he finished his record-setting adventure.

Wiebe Wakker left the Netherlands on March 15 2016 and has spent a a total of 1,119 days travelling more than 95,000 km (59,000 miles) and visiting 33 countries to try and draw attention to the durability and sustainability of electric cars.

Wakker needed the support of random strangers offering him shelter and food and the essential means to charge his car along the way.

“I got about (1,800) people to sign up and make me zig zag all the way through Europe, the Middle East, India, Southeast Asia and finally today I arrived here,” Wakker told supporters after reaching his finishing line.

Wakker’s Plug Me In initiative is the longest journey in an electric car ever recorded and was started to inspire and educate on a carbon-free future, according to the campaign’s website.