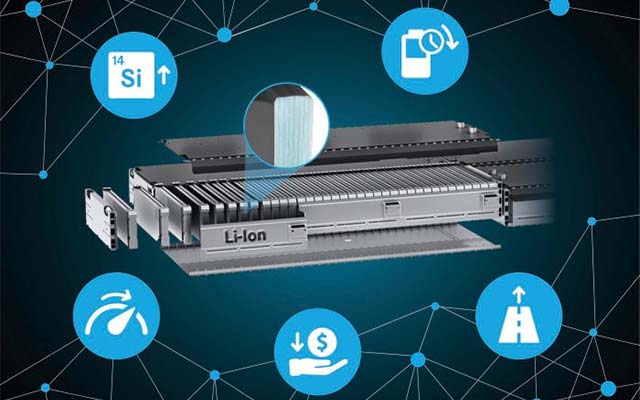 Founded in 2011, Sila Nano is a leading developer of new battery materials, which outperform existing lithium-ion technologies. With its latest developments the company sets a new standard for battery performance, harnessing the potential of silicon to enable safe, scalable, high-energy density batteries, which can unleash new possibilities in electrification from consumer devices to electric vehicles and beyond. Along with the acquisition of the equity stake Daimler will get a seat in the Board of Directors of Sila Nano. The investment forms part of the latest round of financing, which was led by Daimler.

“We are on our way to a carbon free future mobility. While our all-new EQC model enters the markets this year we are already preparing the way for the next generation of powerful battery electric vehicles. Lithium-ion technology is currently the most efficient battery technology available, and still shows plenty of potential for the future. The advancements Sila Nano have made in battery performance are very promising. We are looking forward to a fruitful cooperation, pooling our know-how on further development and fast commercialization,” said Sajjad Khan, Executive Vice President for Connected, Autonomous, Shared & Electric Mobility, Daimler AG.

The battery is a key component of electric vehicles that is not an off-the-shelf product, but an integral part of the vehicle architecture. The intelligence of the battery lies in a highly complex overall system, which defines the characteristics of the vehicle with respect to performance, range and charging times. As an integral and important element of Daimler’s electrification strategy, competencies for the technological evaluation of materials and cells as well as research and development activities are consistently expanded. These include the continuous optimization of the current generation of Li-Ion battery systems, the further development of cells bought on the world market and research of the next generation battery systems.

Innovative chemistry for next generation of electric vehicles

Improvements to traditional Li-Ion battery chemistry have reached their limits and Sila Nano’s cross-disciplinary team of scientists and engineers have pushed forward the development of the next generation of battery chemistry, harnessing the power of silicon to be safe, robust, and scalable for mass production.

“This breakthrough chemistry demonstrates up to 20 percent improvement today, with the potential to reach further improvements over state of the art traditional Li-ion. We’re excited to be working with Daimler to bring better, more energy-dense batteries to their fleet and bring our shared vision for the future of electric vehicles to life for more people,” said Gene Berdichevsky, co-founder and CEO of Sila Nano.

Mercedes-Benz Cars is quickly picking up the pace with regard to the electrification of the automobile. By 2022, the entire Mercedes-Benz Cars product range is set to be electrified. This means that different electrified alternatives will be available in every segment – from the 48-volt electrical system (EQ Boost), plug-in hybrids (EQ Power) and more than ten all-electric vehicles (EQ) powered by batteries or fuel cells. Daimler expects electric models to already make up between 15 and 25 percent of Mercedes-Benz Cars total sales by 2025 – depending on the framework conditions such as the development of the infrastructure, the individual customer preferences and the further development of the particular market-specific legal situation.

Mercedes-Benz Cars is investing around €10 billion in the expansion of its product portfolio comprised under the EQ brand. Furthermore, Daimler is investing more than one billion euros in a global battery production network within the worldwide production network of Mercedes-Benz Cars. The company purchases the cells on the world market and is instructing the suppliers to produce based on special specifications. In this way, the company is securing itself the best possible technology. With the purchase of battery cells for more than 20 billion euros, the company is establishing the preconditions for the consistent change towards an electrical future. The global battery production network of Mercedes-Benz Cars will in the future consist of nine factories on three continents.