Honda Commits To Total Electrification In Europe By 2025 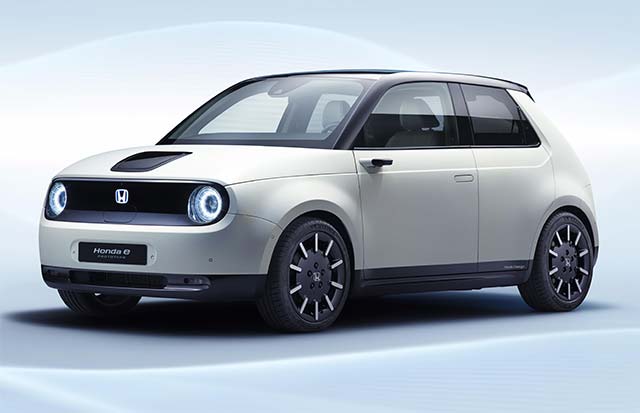 Honda took to the stage at Geneva Motor Show to announce the further acceleration of its electrification ambitions. The company announced its intention to move 100 per cent of its European sales to electrified powertrains by 2025.

This new ambition builds on the brand’s 2017 aim of two-thirds of its sales to be electrified by 2025, and places it firmly at the forefront of Honda’s global electrification shift announced as part of its 2030 vision.

Speaking at the press conference, Tom Gardner, Senior Vice President, Honda Motor Europe, said, “…since we made that first pledge in March 2017, the shift towards electrification has gathered pace considerably. Environmental challenges continue to drive demand for cleaner mobility. Technology marches on unrelenting and people are starting to shift their view of the car itself.”

Honda e Prototype unveiled
Further proof of Honda’s electrification ambition was seen in the shape of the Honda e Prototype. Unveiled for the first time at Geneva, the car previews Honda’s first production battery electric vehicle for the European market. Positioned as an urban commuter, the car features a competitive range of over 200km and a ‘fast charge’ functionality providing 80% range in just 30 minutes. It also features trademark Honda driving dynamics with a sporty rear wheel drive configuration. The production version of the Honda e Prototype will be unveiled later this year. Customers can register for updates on the Honda website now, and will be able to place a reservation for the car in selected European markets in early summer. To date Honda has received 15,000 registrations of interest for the Honda e Prototype.

Honda intends to build a portfolio of energy management products and services offering a comprehensive solution for both EV customers and service operators in Europe.

Tom Gardner said, “This is a significant move for Honda, our intention is to deliver industry-leading innovation by launching energy services…to create additional value for power system operators and EV customers alike.”

Honda has been working with EVTEC to further develop its bi-directional Honda Power Manager technology (compatible with battery-electric vehicles, such as the Honda e Prototype) and will plan to offer a commercial version in the coming years.

Honda has also announced an agreement with two external partners:

– Moixa, a company who specialise in ‘resource aggregator‘ technology, allowing customers to benefit from sharing the control and capacity of their EV battery

– Ubitricity, a leading supplier of charging solutions, including an innovative approach to on-street charging in urban areas

The next step is to embark upon feasibility studies for its technologies in London, UK and Offenbach, Germany. Further developments are expected to be announced later this year.