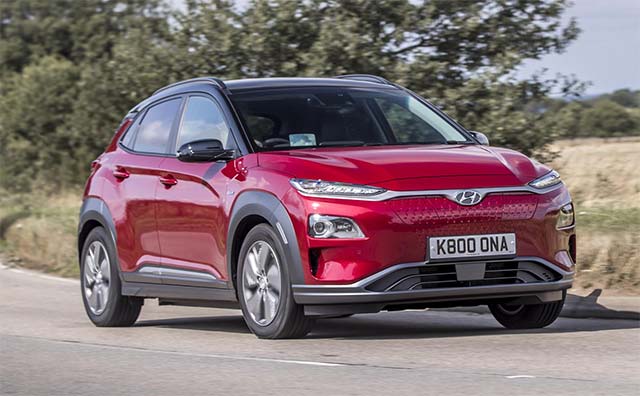 The all-new Hyundai Kona Electric has continued its winning ways into 2019, having been named ‘Best Green Fleet Car’ at the Fleet World Awards.

It’s the latest in a raft of wins for Hyundai’s all-electric crossover, which was last year named Auto Express ‘Affordable Electric Car of the Year’, and ‘Car of the Year’ by Next Green Car.

KONA Electric is the latest electrified model from Hyundai, joining the IONIQ in the line-up – the world’s first car to be available with three separate electric powertrains; hybrid, plug-in hybrid or fully electric. A total of 18 new electrified models will be introduced to the Hyundai range by 2025, maintaining its position as a leader in alternative powertrains.

Hyundai will also continue to develop its Fuel Cell technology, releasing its latest generation Fuel Cell powertrain in the NEXO early this year, and securing a 500,000-units-per-year Fuel Cell vehicle production capacity by 2030.

Michael Stewart, Fleet Director said: “At Hyundai, we have very purposely developed a range of electric, hybrid and plug-in hybrid models that will meet the needs of the fleet market – Kona Electric chief among them – so this latest award from the experts at Fleet World couldn’t be more relevant. Packed full of standard equipment, sold with the peace-of-mind of Hyundai’s five-year unlimited mileage warranty and with lower running costs than combustion-engined competitors, Kona Electric is absolutely ideal for company car customers.”

Martyn Collins, Fleet World Editor, said: “The Hyundai Kona Electric feels like a tipping point for pure electric vehicles, with up to 279 miles of zero emissions range on a full charge for the bigger 64kWh version. In the past, many electric vehicles have been compromised in one way or another, but this Hyundai looks smart plus it’s easy and fun to drive, too. What’s not to like?”