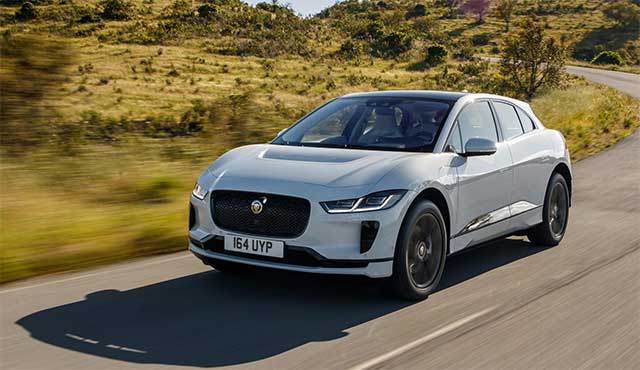 Chosen from dozens of new vehicles, more than 50 jurors evaluated new or significantly redesigned vehicles this year based on segment leadership, innovation, design, safety, handling, driver satisfaction and value for the dollar.

The winners of the North American Car, Utility and Truck of the Year will be announced in Detroit at Automobili-D/North American International Auto Show, Monday, January 14, 2019.

The Jaguar I-PACE midsize performance SUV is the first battery electric vehicle to be offered by the Jaguar brand, expanding the brand’s SUV lineup to three, joining the E-PACE compact crossover and F-PACE performance SUV. In the U.S., I-PACE deliveries began in November, with the vehicle priced from $69,500.

Ian Callum, Director of Design, Jaguar said: “Jaguar has always been about innovation and the I-PACE is a truly revolutionary vehicle. It really moves the brand forward while still remaining faithful to Jaguar’s core design values. For the I-PACE to be named a finalist for the North American Utility of the Year Awards and to be recognized by such a prestigious group of automotive writers is an accomplishment that the entire team is delighted by.”

The Jaguar I-PACE delivers an EPA estimated range of up to 234 miles and 0-60mph acceleration in as little as 4.5 seconds on its way to a top speed of 124 mph. I-PACE owners have the convenience of using either AC or DC power to charge their vehicle; with 0-80 percent charge achievable in approximately 40 minutes using a 100kW public fast charger, or just over 10 hours using a 230V/32amp charger.