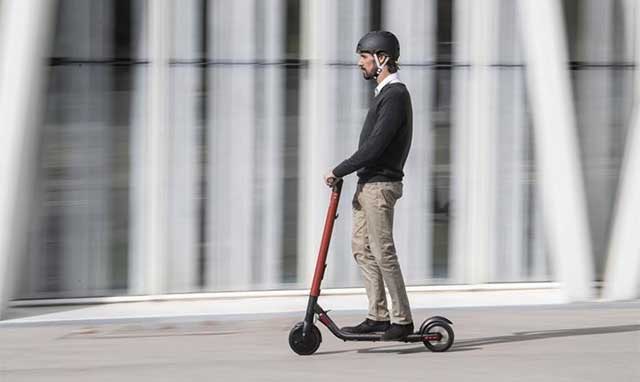 As cities continue to grow, achieving efficient mobility has become one of the major challenges that institutions and carmakers have to tackle.

Traffic jams, the lack of parking spaces and reduced emissions zones in city centres are just some of the daily challenges that drivers are faced with. If we add to this a 20% reduction in the number of customers under 30 in Europe who are committed to buying a car, it is clear that transportation needs are changing.

The new SEAT eXS powered by Segway is a perfect micromobility solution for users who want to get around the city in an efficient and sustainable way. The SEAT eXS is going to make its first public appearance at the Smart City Expo World Congress being held in Barcelona from November 13th to 15th, where visitors will have the chance to take it for an exclusive test run.

SEAT has reached a strategic agreement with Segway, one of the world’s leading companies in individual electric mobility. Segway has become a global reference in offering a safe and ecological solution in the electric micromobility market. The high technology, efficiency and sustainability of its products were the key factors for implementing the partnership. Following its acquisition by transportation robotics start-up Ninebot in 2015, Segway has launched several micro mobility solutions for the consumer market.

With this move, the new SEAT eXS was designed exclusively by SEAT for its customers, and features Segway’s leading electric technology built into the platform of its ES2 model.

This vehicle enables users to cover the remaining distance of any trip, even reaching places which are difficult for cars to access. Thanks to its large 8 inch diameter wheels, it is easy to ride and its front and rear suspensions give it smooth handling. The battery and engine combination enables it to travel up to 25km/h.

The eXS is also equipped with front and rear LED lights, customisable ambient light, an LCD screen, cruise control and an anti-theft deterrent, and an additional battery can be connected to increase its range, which reaches a maximum of 45km, depending on conditions.

SEAT is introducing the new eXS vehicle, which can be purchased at all of the brand’s dealers beginning in December 2018, at a cost of €599. It will be available in Spain, France, Germany, Austria, Switzerland and Portugal before the end of the year, and in the rest of Europe in 2019.

In addition, the brand is preparing a special introductory promotion of the eXS electric KickScooter for SEAT’s close to 15,000 employees that will coincide with Black Friday on the last Friday of November.

SEAT looking for cities for its pilot tests
SEAT’s goal is to be in permanent contact with institutions and city councils to contribute to better future mobility. The eXS is the first SEAT product that has been specifically designed to help improve and enhance urban mobility, with the firm commitment of becoming a key player in the sector.

With this goal in mind, SEAT is currently looking for Spanish cities to implement a pilot test with a fleet of shared SEAT eXS that is open to the public. The recently created independent SEAT Group company XMOBA will be responsible for carrying out the tests order to study the potential of the eXS for improving mobility in urban centres.

Furthermore, SEAT has already established schedules to begin pilot tests with the eXS in the company, including an eXS sharing programme for employees to get around the Martorell factory.

Car-sharing at the SEAT Metropolis: Lab Barcelona, with an available fleet of 10 eMii prototypes at Barcelona Pier 01, and the purchase of Respiro, the pioneering Spanish hourly car hire start-up, are two examples of the mobility projects that the brand is currently working on.