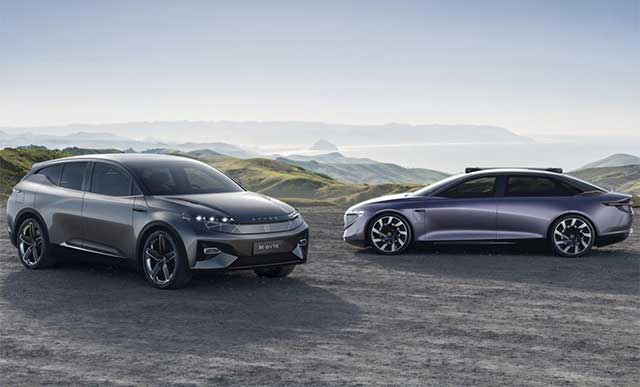 Electric vehicle maker BYTON will showcase its latest innovations at Automobility LA and the Los Angeles Auto Show 2018, including the U.S. auto show debut of the K-Byte Concept sedan.

In its booth during the Los Angeles Auto Show, BYTON will also offer the first consumer test rides in the M-Byte Concept SUV, a production version of which is scheduled to launch in China in late 2019 and the U.S. and Europeby 2020.

BYTON’s presence at LA Auto Show illustrates how the company is rapidly emerging as a leader in the electric vehicle industry and changing the future of shared mobility, even as the forces of electrification, autonomy, and connectivity alter the face of the traditional automotive industry. BYTON’s vehicles are smart devices on wheels, all featuring high-speed connectivity and the proprietary Shared Experience Display (SED), a full-dash, coast-to-coast screen that delivers an unmatched digital user experience.

BYTON’s activities at LA Auto Show 2018 include the following and its booth can be found in the Technology Pavilion just outside of the Los Angeles Convention Center.

– M-Byte Concept SUV Test Rides: BYTON’s booth during the LA Auto Show will be transformed into a short test track that allows attendees to get up close with the vehicles and their groundbreaking technology and design. In addition, one-on-one appointments can be scheduled for media attendees to participate in test rides outside of the LA Convention Center.

– BYTON Press Conference: BYTON hosts a press conference on Tuesday, November 27 at 2:20 pm for the U.S. auto show debut of its groundbreaking K-Byte Concept, which showcases the company’s design integration of autonomous technology. Located in the Technology Pavilion, attendees can learn more about BYTON’s vision for the autonomous vehicles of the near future from CEO and co-founder Dr. Carsten Breitfeld and VP of Design Benoît Jacob.