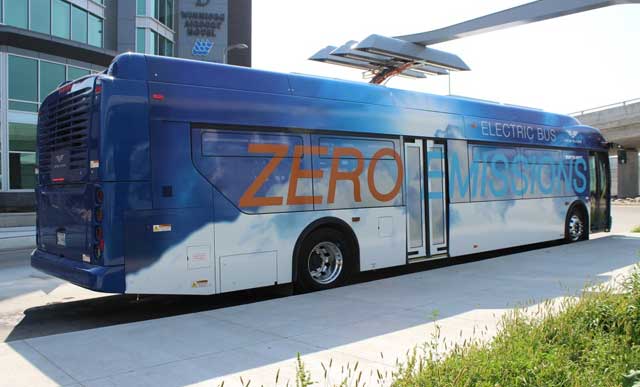 New Flyer Canada, a subsidiary of NFI Group Inc., says it beat two competitors to win a contract for its Xcelsior CHARGE transit buses from the transit agencies in Quebec’s two largest cities.

A notice to build the buses is expected after a nine-month review of a pilot bus slated to be given the green light Oct. 31.

The order for 30 electric buses from Montreal’s transit authority (STM) and 10 from Laval’s transit agency is supported by funding from the provincial and federal governments.

Both transit authorities operate battery-electric bus pilot programs as they aim to become fully electric in the future.

The buses will use depot-based charging to slow-charge the buses, with 466kWh batteries on board.

In a related news, New Flyer Canada and New Flyer of America announced they have joined OppCharge, the global initiative to support interoperable charging systems for electric vehicles.

This commitment makes New Flyer the first licensee outside the Volvo Group to join OppCharge in America. It also continues New Flyer’s active participation in and support of global charging standards for electric buses and coaches, for both enroute and depot charging options.

In 2018, New Flyer joined CharIN to support industry charging standards for all electric vehicles, shortly after becoming the first bus manufacturer in the world to sign on to the Shared Mobility Principles for Livable Cities and also celebrating the Canadian Urban Transit Research and Innovation Consortium’s (“CUTRIC”) launch of the Pan-Canadian Electric Bus Demonstration and Integration Trial – the world’s first multi-manufacturer interoperability demonstration for fast-charge electric buses – of which New Flyer was a contributing member.

OppCharge was established to create a common interface for direct current (DC) high-power charging for medium and heavy-duty vehicles.