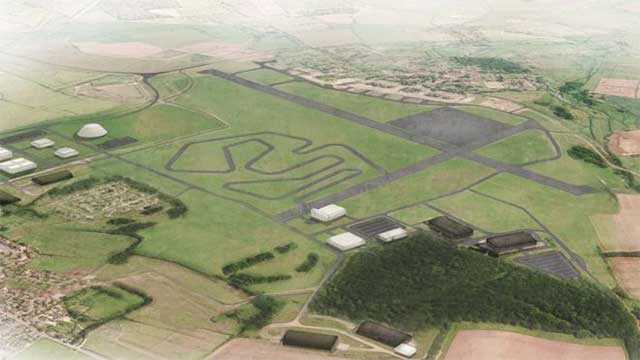 The British Inventor Sir James Dyson has announced that his company, best known for its vacuum cleaners, plans to build new testing facilities and invest another 116 million pounds ($150 million) to develop an electric car to be launched by 2020.

Dyson group has applied for planning permission to build over 10 miles (17 km) of test track at its Hullavington site in Wiltshire that will allow it to test the abilities of the electric cars already being developed at the World War Two aircraft base in western England.

The plans include an off-road track, a high-speed racing circuit and offices that can accommodate up to 2,000 extra workers.

“Our growing automotive team is now working from Dyson’s state-of-the-art hangars at Hullavington Airfield,” Said Dyson’s CEO, Jim Rowan, in a press release. “It will quickly become a world-class vehicle testing campus where we hope to invest (200 million pounds), creating more high-skilled jobs for Britain. We are now firmly focused on the next stage of our automotive project strengthening our credentials as a global research and development organization.”

– Dynamic Handling Track: This track will help Dyson to “assess and tune” every aspect of the vehicle’s suspension, steering, and brakes.

– Fast Road Route: Dyson will use this track to test the maximum speeds that its vehicle is able to achieve, as well as its advanced driver assistance systems.

– Hill and Handling Road Route: This route will simulate a challenging road environment by incorporating difficult corners and altitude changes.

– Off Road Route: Vehicles will simulate an off-road driving experience using both soft and varied terrain.

– Test Slopes: Hills and varying gradients will be used to test all aspects of Dyson’s powertrain.