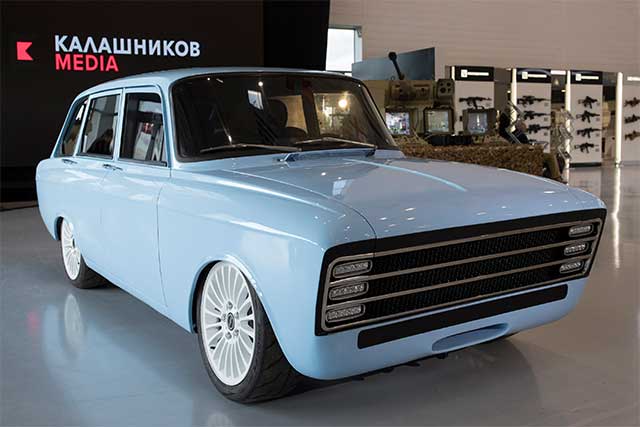 Russian company Kalashnikov has joined the rush of tech entrepreneurs, EV startups as well as the world’s biggest automakers hoping to make it big with electric cars.

Maker of the famous AK-47 assault rifle has unveiled, the CV-1 all-electric car, at an event near the capital, Moscow.

Kalashnikov’s CV-1 EV prototype has a retro design that echoes the Soviet Union’s Izh-Kombi, a car popular in the 1970s. Kalashnikov showed off the car, with a claimed 350-km driving range (217 miles), at an arms fair in Moscow this week. 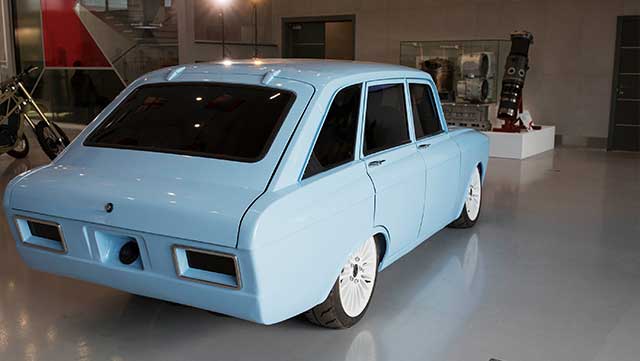 The company said in a statement that the CV-1 is a “revolutionary cutting-edge supercar” which features a number of “complex systems” with technology that would “let us stand in the ranks of global electric car producers such as Tesla”.

The CV-1’s battery, which weighs 50 kg and has a capacity of 90 kW/h, is powered by an inverter developed by Kalashnikov, the company said in a release. The car can accelerate from 0 to 100 km/h (62 mph) in six seconds.

Kalashnikov did not provide details about production or sales plans for the CV-1.