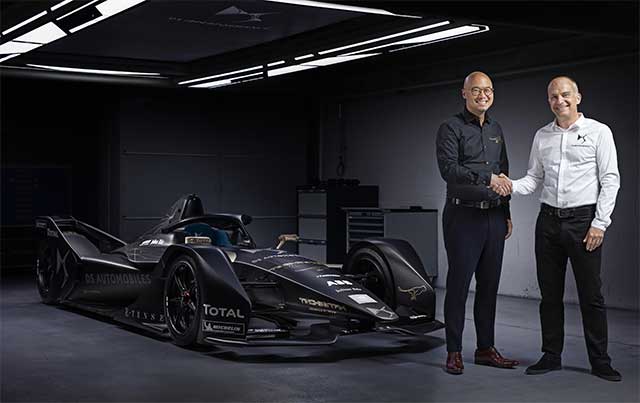 DS Automobiles, which has been active in the ABB FIA Formula E Championship since the series opened to manufacturers, will run its new car – the DS E-TENSE FE 19 – in association with TECHEETAH from 2018/2019.

This partnership brings the first chapter of the brand’s involvement in the electric street racing series alongside Virgin Racing to an end; a partnership that has harvested five race wins, sixteen podium finishes, six pole positions and three fastest race laps. In the course of the last three seasons, DS Virgin Racing has finished inside the top three of the Teams’ classification twice.

The new team will be presented on 1 October, 2018, ahead of the start of Season 5 in Riyad, Saudi Arabia, on December 15.

From 2018/2019, the duration of Formula E races will be 45 minutes plus one lap, with no mid-race car swaps. Next season’s single-seaters feature significantly revised styling and aerodynamics and will be powered by new, manufacturer-developed 250kW electric motors, while energy management will continue to be a fundamental part of the championship.

Xavier Mestelan Pinon (Director, DS Performance): “We would like to thank Virgin Racing for the three wonderful seasons we spent together. Our involvement in Formula E is an integral part of DS Automobiles’ commitment to the electrification of its model line-up. The DS E-TENSE FE 19’s development began several months ago with the objective of being in a position to challenge for the top step of the podium from the opening race of the 2018/2019 campaign. Our association with TECHEETAH, who recently celebrated winning the 2017/2018 Drivers’ Title in addition to coming second in the Teams’ standings, is geared towards this target. We are fully aware of the qualities of the men and women who work at TECHEETAH and I am convinced that our two entities will dovetail perfectly.”

Edmund Chu, President (TECHEETAH Formula-E Team): “We’re very excited about teaming up with DS Automobiles as we enter a new era of ABB FIA Formula E with the Gen 2 car. DS has extensive experience in Formula E having been a championship manufacturer since Season Two and finishing within the top three each season. We’ve had some brilliant battles on track this season with DS and we can’t wait to combine the wealth of experience and expertise of arguable two of the best teams in the paddock, as TECHEETAH become a manufacturer team for the first time.”