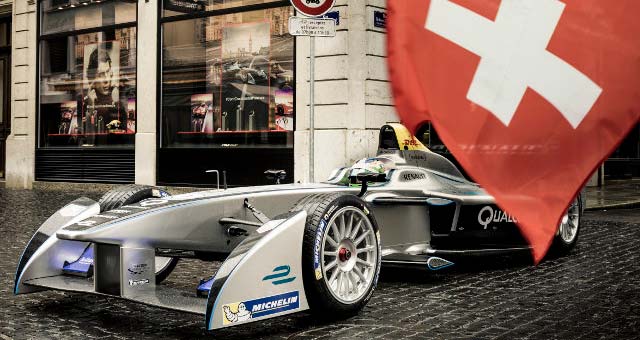 Formula E may potentially race on the streets of Switzerland in the future following the decision from the Swiss government to reduce the restrictions on motorsport to allow electric racing.

Motorsport has previously been forbidden in Switzerland for decades with the last motor race to be held at the circuit of Bremgarten, near Bern, in 1954. Now, after a historic decision by the Swiss Council of States to adopt a motion by MP Fathi Derder, Switzerland can welcome professional motorsport back into the country.

Prior to the decision, the two Swiss sponsors of Formula E, Julius Baer, exclusive Global Partner of the FIA Formula E Championship, and TAG Heuer, founding partner and official timekeeper of the world’s first fully-electric racing series, organised an extraordinary drive through Geneva to bring a Formula E car to the streets of Switzerland for the first time. The event saw local driver Simona de Silvestro behind the wheel of the Spark-Renault SRT_01E.

Alejandro Agag, CEO of Formula E, said: “We are very happy to get the opportunity to bring Formula E to Switzerland and would like to thank our Swiss partners, Bank Julius Baer and TAG Heuer, for their forceful support. Now we will work on the details of the race, including the selection of the city which will host it, with the goal to make it possible during the 2016/17 season.”