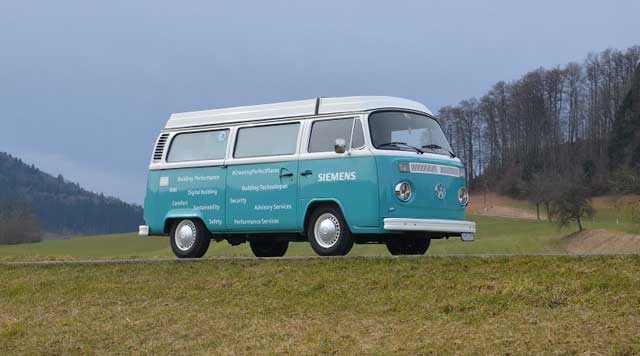 As usual the WAVE Trophy, the world’s biggest electric vehicle rally is attracting a whole range of unusual EVs and development projects.  These include an electric truck, a three wheeler and new super car which will all the conventional EVs and e-bikes on this year’s rally through Switzerland.

This fits in with the WAVE Trophy wider goals of showing of new and unconventional EV technology, raising awareness of green transport and promoting sustainable living.

The WAVE Trophy will bring together conventional and wacky electric vehicles from 10 countries. EV teams will travelling 1,200km through some of the most dramatic scenery in Switzerland competing for various trophies, meeting environmental projects and promoting EV / sustainable transport in the cities and towns they will stop from the 8th to the 16th of June.

– Crowdcar is a crowdsourced and crowdfunded concept lightweight EV with a range of 100 km and maximum speed 80 km/h is from a German team.  It is being developed with limited resources “to create, make, build, hack, learn, invent and (prototypically) realise new concepts, visions and software especially in the field of transportation and mobility.”

– Three wheeler is a converted Piaggio Ape Classic 400 which is iconic and highly practical transport vehicle for narrow city streets. It is a converted one-cylinder diesel which has a 6kw 48V electric motor.

– Siemens Bull E VW van a converted 1979 Volkswagen Transport van T2 with a range of 200 km and maximum speed 120 km / h.  It is also packed with technology to educate and advise people and business how to convert their buildings to renewable energy and sustainability.  This is part of Siemens aim to be carbon neutral by 2030.

These will join a full range of conventional EVs such as Teslas, Renault Zoes, BMW i3s, Nissan Leafs,  Johammer and Zero e-motorbikes and many e-bikes. In addition there will be unconventional classic / vintage conversions taking part.

The Wave Trophy is in its eight year it will be bigger than ever and will travel through two different countries – Switzerland (8th to the 16th of June) and Austria (21st to the 29th of September) – at separate times for the first time. The reason for this is the demand for places has increased considerably and it seems we will have at least 50% more teams taking the number to more than 160.

Hundreds of EV enthusiasts from many countries will travel 1,200 kilometres over eight days through mountain passes and the most spectacular sights of the Alps, as well as an adventurous holiday the WAVE Trophy participants will visit interesting towns, green companies and schools. Also it is an opportunity for participants to enhance their knowledge about electric vehicles, to network and socialise.