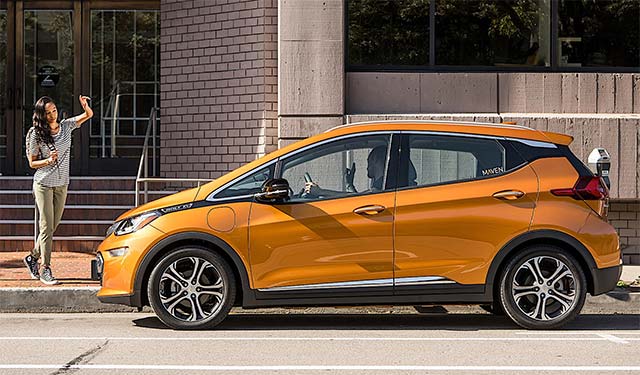 This agreement builds upon the success of EVgo and Maven’s current pilot programs powering Bolt drivers in seven major US cities.

“EVgo is committed to working with fleet EV owners and operators to make charging quick and easy,” said Cathy Zoi, EVgo CEO.  “Maven Gig EV Bolt on-demand drivers will have access to a dedicated EVgo fast charging network so they can fully charge in the time it takes to eat lunch.”

EV use is growing rapidly in rideshare fleets. Urban rideshare drivers, who can easily log more than 50,000 miles per year, benefit greatly from the low cost-per-mile of electric vehicle ownership compared to gasoline-powered vehicles.

EVgo operates the largest public DC fast charging network in the country, with more than 1,000 fast chargers in 66 of the top-selling automotive metro areas in the US and supports all current charging standards. By maintaining and operating its own charging stations, EVgo provides exemplary service and uptime.

EVgo recently launched new, simplified charging rates for consumers as well, including Pay As You Go and Membership plans, offering DC fast charging with rates as low as 15 cents per-minute.