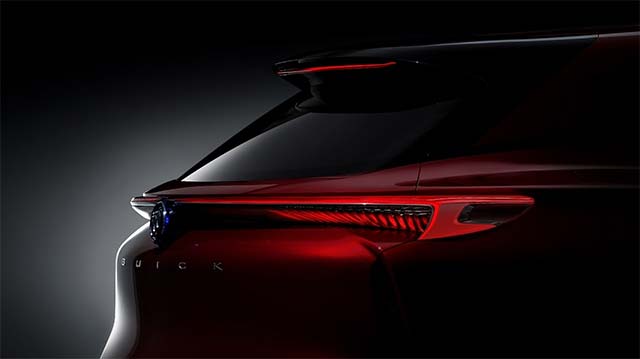 The all-electric Buick Enspire concept SUV will make its global debut at Buick Brand Night on April 17 in Wuzhen, Zhejiang. It will also be on display to the public at Auto China 2018 in Beijing, which begins later this month.

Buick said that the Enspire leverages GM’s global resources and is an exploration of design and new technologies. It is the brand’s latest example of innovation and application of future electric smart mobility.

Buick has sold over 9 million vehicles in China since its introduction by SAIC-GM in 1998.

Earlier this month, Buick said it will add two new models to its China portfolio – the VELITE 6 plug-in hybrid electric vehicle and VELITE 6 electric vehicle – to tap into the fast-growing domestic demand for new energy vehicles.

The new models will leverage electrification and connectivity technology from GM and its partners, including Buick’s newest eMotion electric propulsion technology. They are based on the VELITE Concept new energy vehicle that was unveiled in November 2016.