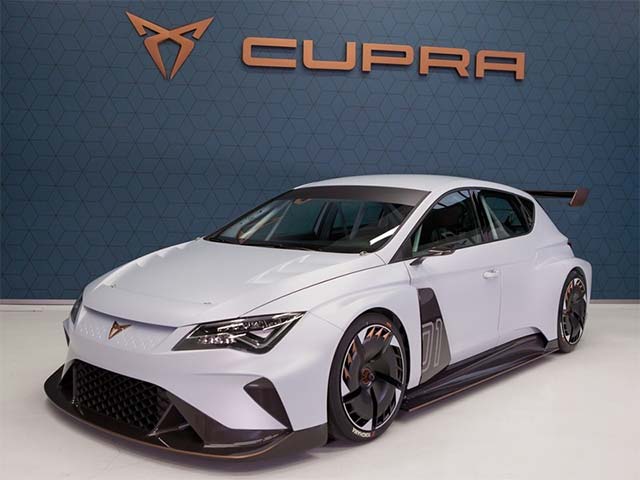 SEAT is going to launch one new car every six months until 2020. The first two vehicles will be the SEAT Tarraco and the CUPRA Ateca, which are going on sale at the end of 2018.

Next year the new generation SEAT Leon will be available in dealerships with two variants, the five-door model and the ST family sized version.

2020 will see SEAT’s first fully electric vehicle, built on the Volkswagen Group’s MEB platform and featuring a range of 500 kilometers (310 miles) and, for the first time, the addition of a CUV (Crossover Utility Vehicle) in the SEAT model line-up.

This was announced on Thursday by SEAT President Luca de Meo at the annual results presentation to the media held in Madrid.

SEAT is taking a step forward in boosting electric mobility, which includes the plug-in hybrid version of the new generation Leon, also in 2020. In addition, the brand will remain committed to vehicles powered with compressed natural gas (CNG) as well as internal combustion engines.

The President of SEAT pointed out that “SEAT is going to launch one new car every six months until 2020. 2020 will be SEAT’s year of electrification with the launch of a plug-in hybrid version of the new SEAT Leon, to be built in the Martorell factory and featuring a range of at least 50 kilometers, as well as the brand’s first fully electric vehicle, manufactured on the Volkswagen Group’s MEB platform.”

The new model offensive comes as a result of the highest investment figure since the Martorell factory was built in 1992. Last year, SEAT allocated €962 million (US$1.2 billion) to investments and R&D expenses—11.6% more than in 2016 (862), and 10.1% of the brand’s total turnover. Of this amount, €464 million (US$572 million) were earmarked entirely for R&D, a figure which represents close to 3% of the total R&D investment expenses in Spain, making SEAT the leading industrial investor in Spain.

From 2013 to 2017, SEAT invested more than €3.3 billion (US$4.1 billion) in its future, mainly allocated to its biggest ever product offensive, as well as to developing new services to achieve the goal of placing the company at the forefront of digitization, connectivity and smart mobility.

SEAT also recently created XMOBA, a new company whose main goal is to identify, test, sell and invest in projects that contribute to boosting new solutions that improve future mobility. XMOBA and CUPRA join SEAT Metropolis:Lab Barcelona, SEAT’s wholly owned digital-lab inaugurated in 2017, which is a part of the Volkswagen Group’s worldwide network of IT-Labs.

Furthermore, de Meo reaffirmed SEAT’s commitment to opening outward and building a digital ecosystem around the car. Within this framework are the partnerships and agreements reached with companies such as Amazon Alexa, Shazam, Waze, Telefónica or Saba.

Luca de Meo also pointed to SEAT’s globalisation as a further pillar of the strategy. The company operates in more than 80 countries, but only 15% of sales are made outside Europe. In this sense, the strategic growth regions are Northern Africa, where SEAT leads the Volkswagen Group’s vehicle assembly project in Algeria, and Latin America and Mexico, where the company is studying the feasibility of producing.

In addition, markets have been opened recently in Norway and New Zealand, now making the company present on all five continents. SEAT is also participating in the joint venture between Volkswagen Group China and JAC by contributing its technical support and know-how in R&D and design.