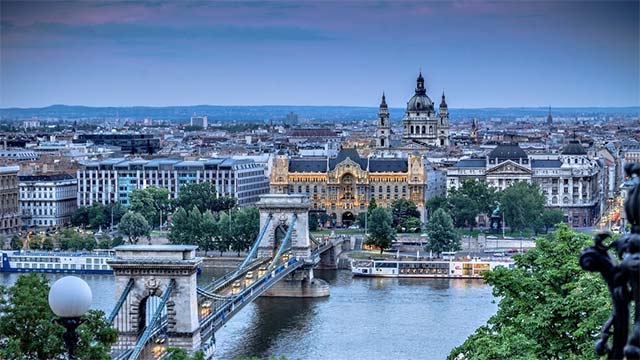 National Utilities plans to install a national EV charging network in Hungary in the near future and Fortum Charge & Drive will provide the cloud based SaaS solution (Software as a service) to administer and operate the charging network.

National Utilities is motivated to be a forerunner in e-mobility in Hungary and will install 100 new chargers in the coming months. Fortum Charge & Drive will support National Utilities with the provision of the cloud solution and the transfer of expertize from their operations in the Nordic markets.

National Utilities is currently identifying the right locations for charging stations and seeking to co-operate with suitable hosts, such as Fuel Stations, Municipalities, Hotels, Parking Houses and Retail outlets. National Utilities plans to promote the uptake of Electric Vehicles in order to reduce CO2 emissions and improve the air quality throughout Hungary.

“Hungary is an important country for enabling E-mobility in Central Europe, due to the fact that it shares a border with 7 countries. There will be a lot more long distance travel between countries with the arrival of many new longer range Electric Vehicles in 2018, as promised by the majority of car manufacturers. With this in mind it is important that an extensive network of charging stations is deployed in Hungary and operated by a professional operator. NKM have expressed their motivation to be a forerunner in e-mobility in Hungary and we are looking forward to supporting their growth and sharing the lessons learnt from the Nordic markets,” Michael Warner, International Sales Manager of Fortum Charge & Drive says.

“National Utilities intends to become a front-runner of E-mobility in Hungary. By the end of the year we would like to install a significant number of e-chargers across the country. Beside the public chargers we would like to play a decisive role in the market of business and home charging. In cooperation with local governments of municipalities, a network – covering the entire country – can be established soon”, Zoltán Alkér, deputy CEO of NKM National Utilities Ltd says.

There are currently around 1,000 electric cars in Hungary. Electric cars with green registration numbers have been allowed to park for free throughout the Budapest area since the beginning of 2016. The Hungarian government plans to accelerate the expansion of the charging spots throughout the country since currently charging stations are concentrated in the area of Budapest and along the motorway between Budapest and Vienna.