‘Instantly rechargeable’ battery could change the future of electric cars 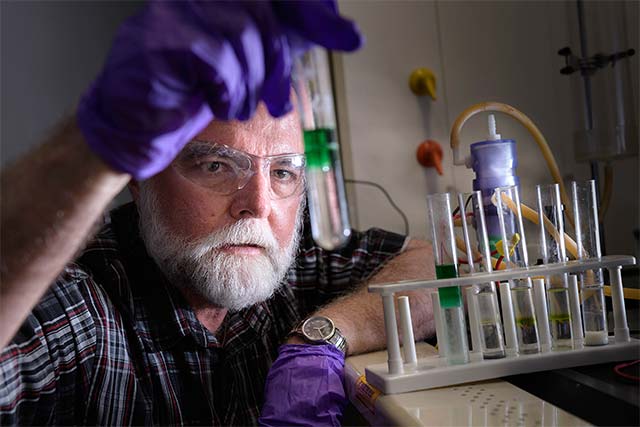 A technology developed by Purdue researchers could provide an “instantly rechargeable” method that is safe, affordable and environmentally friendly for recharging electric and hybrid vehicle batteries through a quick and easy process similar to refueling a car at a gas station.

The innovation could expedite the adoption of electric and hybrid vehicles by eliminating the time needed to stop and re-charge a conventional electric car’s battery and dramatically reducing the need for new infrastructure to support re-charging stations.

“Electric and hybrid vehicle sales are growing worldwide and the popularity of companies like Tesla is incredible, but there continues to be strong challenges for industry and consumers of electric or hybrid cars,” said Cushman, who led the research team that developed the technology. “The biggest challenge for industry is to extend the life of a battery’s charge and the infrastructure needed to actually charge the vehicle. The greatest hurdle for drivers is the time commitment to keeping their cars fully charged.”

“Designing and building enough of these recharging stations requires massive infrastructure development, which means the energy distribution and storage system is being rebuilt at tremendous cost to accommodate the need for continual local battery recharge,” said Eric Nauman, co-founder of Ifbattery and a Purdue professor of mechanical engineering, basic medical sciences and biomedical engineering. “Ifbattery is developing an energy storage system that would enable drivers to fill up their electric or hybrid vehicles with fluid electrolytes to re-energize spent battery fluids much like refueling their gas tanks.”

The spent battery fluids or electrolyte could be collected and taken to a solar farm, wind turbine installation or hydroelectric plant for re-charging.

“Instead of refining petroleum, the refiners would reprocess spent electrolytes and instead of dispensing gas, the fueling stations would dispense a water and ethanol or methanol solution as fluid electrolytes to power vehicles,” Cushman said. “Users would be able to drop off the spent electrolytes at gas stations, which would then be sent in bulk to solar farms, wind turbine installations or hydroelectric plants for reconstitution or re-charging into the viable electrolyte and reused many times. It is believed that our technology could be nearly ‘drop-in’ ready for most of the underground piping system, rail and truck delivery system, gas stations and refineries.”

“Other flow batteries exist, but we are the first to remove membranes which reduces costs and extends battery life,” Mueterthies said.

“Membrane fouling can limit the number of recharge cycles and is a known contributor to many battery fires,” Cushman said. “Ifbattery’s components are safe enough to be stored in a family home, are stable enough to meet major production and distribution requirements and are cost effective.”

Ifbattery licensed part of the technology through the Purdue Research Foundation Office of Technology Commercialization and has developed patents of its own. The company is a member of the Purdue Startup Class of 2017.

“We are at a stage in the company’s growth that we are looking for additional financing to build large-scale prototypes and subsequently manufacturing partners,” Cushman said.