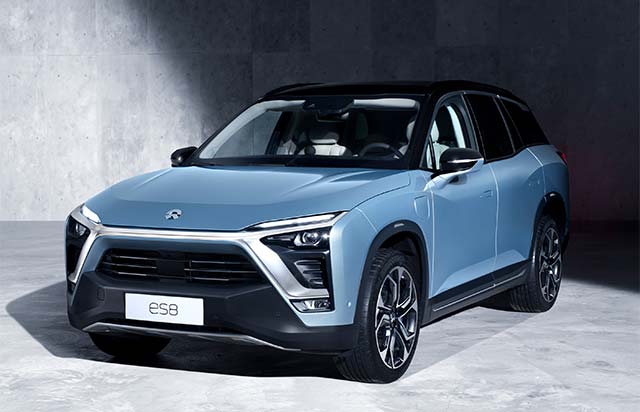 With 220 miles of range, fast charging that will recharge the battery entirely in one hour, battery pack swapping capabilities for thee-minute refueling and more, the NIO ES8, which starts at 448,000 Chinese yuan (about $68,000) before subsidies, is half the starting price of Tesla’s 836,000 yuan (about $126,500) Model X in China.

A battery rental plan is available to NIO users, which provides a 100,000 Chinese yuan (about $15,000) discount on the purchase price of the ES8. The battery rental subscription is 1,280 Chinese yuan (about $190) per month and enables ES8 owners to enjoy battery upgrading services, along with quality assurance, roadside assistance, car connectivity, and nationwide charging services. The NIO ES8 is customized and will be made to order. Those interested in purchasing an ES8 can place an order through the NIO App. 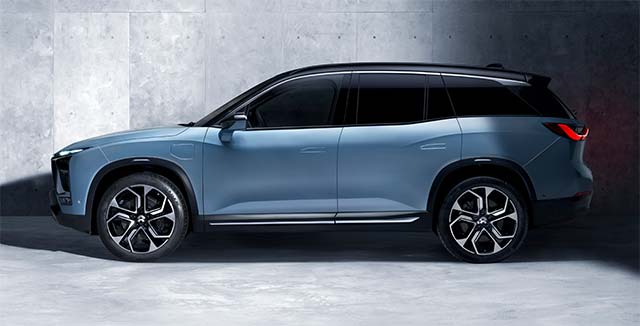 With both front and rear motors, the NIO ES8 delivers 480 kilowatts of power and 840 Newton meters of torque to all four wheels. This E-powertrain enables the ES8 to accelerate from 0-100 km/h (0-62 mph) in just 4.4 seconds. The latest active air suspension on all ES8’s models creates comfortable, connected riding experience.

The ES8 is equipped with a 70-kilowatt-hour liquid-cooled battery pack comprised of cutting-edge VDA square cell batteries. These cells feature the highest energy density of their kind and provide a 2,000-charge lifecycle. The ES8’s drag coefficient is as low as 0.29. The ES8 achieves over 500 kilometers (310 miles) of range when constantly run at 60 km/h (37 mph), and the car achieves an NEDC range of 355 kilometers (220 miles).

The NIO ES8 is the first car to have an all-aluminum body and chassis featuring aerospace grade 7003 series aluminum alloy, enabling a torsional stiffness of 44,140 Nm/Deg. The ES8 features the highest amount of aluminum for any mass production car. With the excellent passive safety design and 21 active safety features, the ES8 stands out among vehicles in its class. 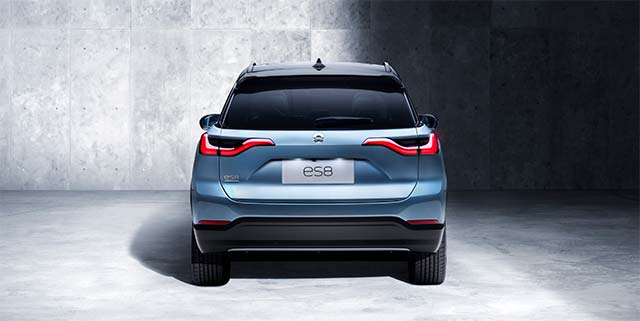 The ES8 is produced at a world-class fully automated factory. The R&D, design, supply chain, and factory ensure the ES8’s premium quality. The ES8 will finish a 3,000,000 km road test before NIO begins delivering the vehicle to users.

The ES8 has a 3,010 millimeter long wheelbase, the longest in its class, to create a truly mobile living space. The three-row, seven-seat layout makes full use of the interior space. The innovative “lounge seat” and “child-care mode”, together with the Nappa leather wrap, creates a cozy atmosphere, making users feel at home. The smart air quality system includes an activated carbon and HEPA filter and negative ion generator. 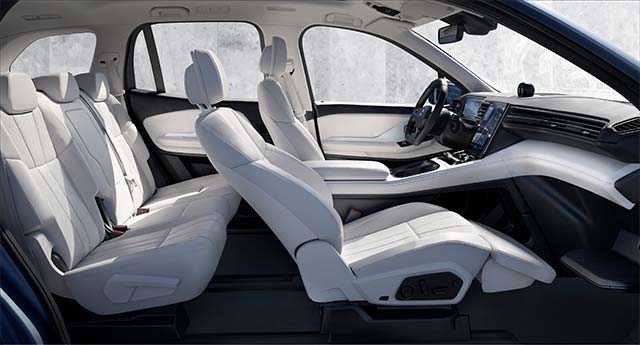 NIO introduced NOMI, the world’s first in-car AI system. Powered by both in-car and cloud computation, NOMI interacts with people sitting in the vehicle and its emotion engine gives users a friend on the road. NOMI combines the ES8’s intelligence and car connectivity functionalities to turn the ES8 into a fun, expressive, and intuitive companion that can listen, talk, and help drivers along the way. 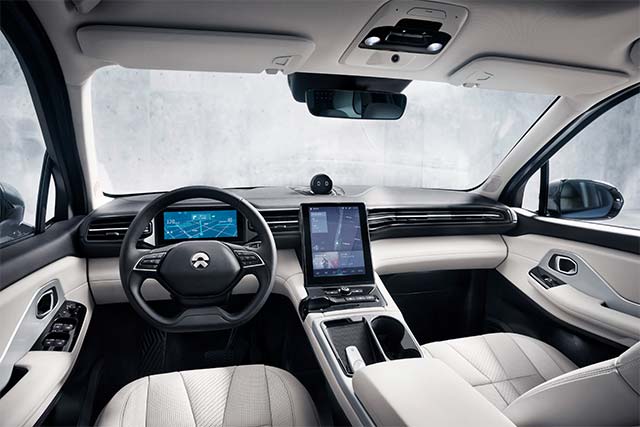 Dec 18, 2017Blagojce Krivevski
Toyota Aims for Sales of More Than 5.5M Electrified Vehicles per Year by 2030Electrify America to install 2,800 EV charging stations in the US