California has over 15,000 EV Charging Units, Ten Percent of which are Fast Chargers 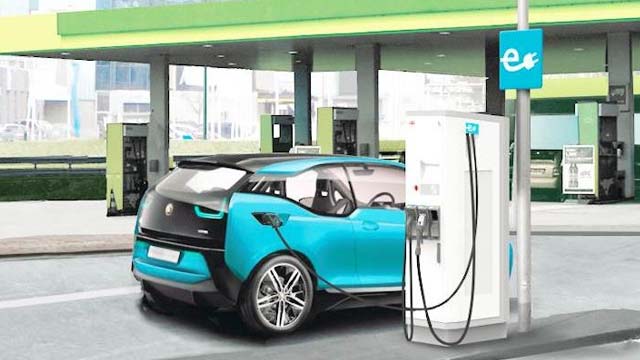 Every state has electric vehicle charging infrastructure; California has by far the most of any state with over 15,000 charging units (plugs), ten percent of which are fast chargers.

About one-third of states have over a thousand charging units; those states average 11% fast chargers. 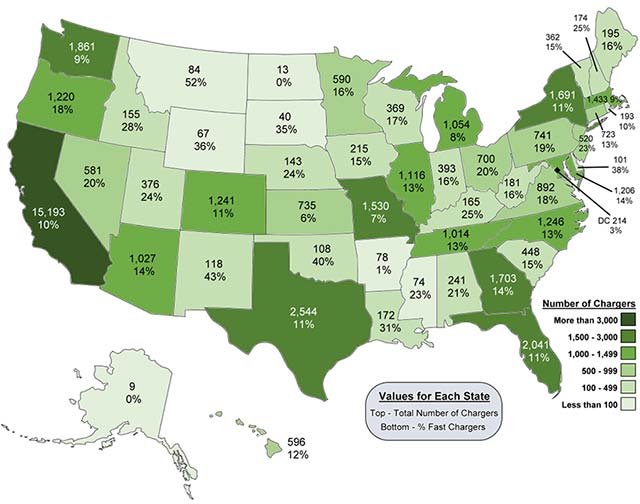 Data are as of November 14, 2017. Includes public and private chargers, and the Tesla network. Does not include level I chargers or planned chargers.