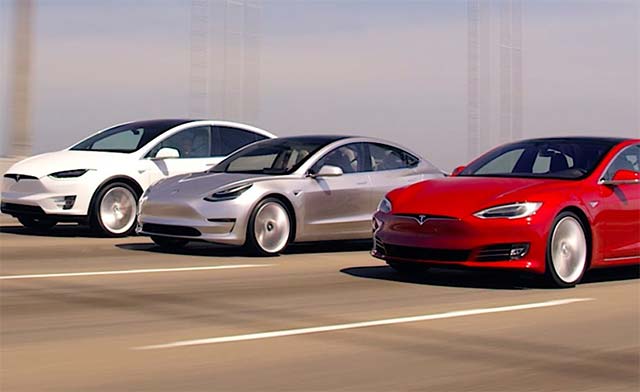 Tesla had previously indicated that second half Model S and Model X deliveries would likely exceed first half deliveries of 47,077, but they now expect to exceed that by several thousand vehicles. In total, Tesla expect to deliver about 100,000 Model S and X vehicles in 2017, which would be a 31% increase over 2016.

In addition to Q3 deliveries, about 4,820 Model S and X vehicles were in transit to customers at the end of the quarter. These will be counted as deliveries in Q4 2017.

Q3 production totaled 25,336 vehicles, with 260 of them being Model 3. Model 3 production was less than anticipated due to production bottlenecks. Although the vast majority of manufacturing subsystems at both California car plant and Nevada Gigafactory are able to operate at high rate, a handful have taken longer to activate than expected.

Tesla said that are no fundamental issues with the Model 3 production or supply chain. “We understand what needs to be fixed and we are confident of addressing the manufacturing bottleneck issues in the near-term,” Tesla said in a press release.

Tesla delivery count should be viewed as slightly conservative, as they only count a car as delivered if it is transferred to the customer and all paperwork is correct. Final numbers could vary by up to 0.5%. Tesla vehicle deliveries represent only one measure of the company’s financial performance and should not be relied on as an indicator of quarterly financial results, which depend on a variety of factors, including the cost of sales, foreign exchange movements and mix of directly leased vehicles.