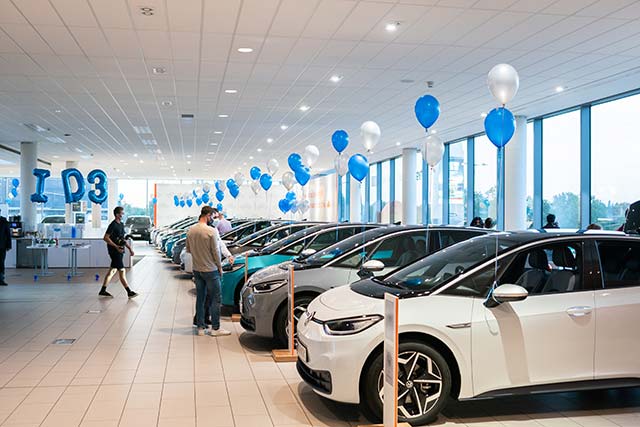 Despite volumes falling 30 thousand short of the all-time monthly volume high, recorded in December 2020, as passenger car manufacturers made a last-ditch attempt to meet newly phased-in CO2 fleet emission targets, achieving a 15.1 BEV per cent mix of the total market, the September BEV penetration of the 18-market region saw levels surpass that.

A number of reasons impacted the new record in September, namely; the boost from Tesla’s end of quarter volumes, achieving a monthly record of 34,000 units, or every fourth BEV – boosted by both the Model Y introduction and shipments from China – as well as the semiconductor situation deflating the total passenger car market.

The report, published every month, expects combined BEV and PHEV plug-in volumes to achieve one-in-five new passenger car registrations this year, with BEVs soaking up slightly more of the plug-in volumes than plug-in hybrids despite trailing the duel-motor models for most of this year.

Last year BEVs accounted for 6.7 per cent of the total market, and prior to the new CO2 fleet average limit in 2019, they soaked up just 2.5 per cent of all new passenger car sales.