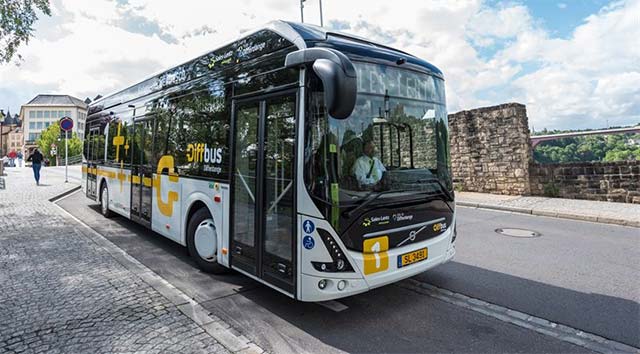 Volvo Buses has secured its largest ever order of fully electric buses. Tide Buss has placed an order for 25 Volvo 7900 Electric buses for the city of Trondheim, Norway.

Public transportation administration company AtB in Trondheim leads the way in the introduction of alternative propulsion technologies. In 2010 they were among the first in Europe to order hybrid buses from Volvo. The new fully electric buses from Volvo will run on four routes in Trondheim, covering distances of between 12 and 15 km each, with operations due to start in August 2019. With the acquisition by operator Tide Buss of a total of 35 electric buses, including the 25 Volvo buses, Trondheim will have the largest electric bus fleet in Norway.

The fully electric buses are being sold as a complete turnkey package whereby Volvo takes care of all vehicle and battery maintenance at a fixed monthly cost. The buses will be fast-charged using opportunity charging at the end stops. The charging stations will be based on an open interface known as OppCharge, which means they can be used by other electrified bus makes too. The buses will run on renewable energy so they will be entirely emission-free. Energy consumption for Volvo’s electric buses is about 80 per cent lower than for corresponding diesel buses.