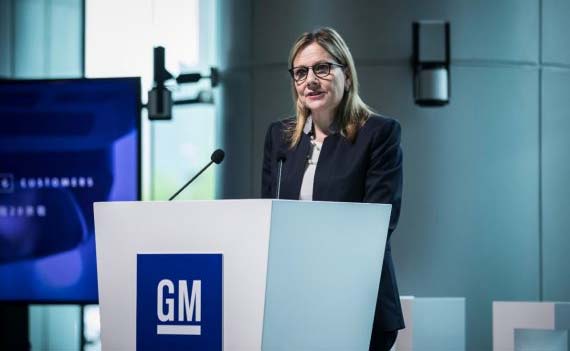 They include the Cadillac CT6 Plug-In, the Buick Velite 5 extended-range electric vehicle and the Baojun E100 electric vehicle, which have all been introduced locally within the past 12 months.

By 2025, nearly all models from GM’s global brands in China – Buick, Cadillac and Chevrolet – will offer electrification technology. To support GM’s growing NEV fleet planned for China, its SAIC-GM joint venture is opening a new battery assembly plant in Shanghai this year.

In June, GM became the first automaker to use mass-production methods for autonomous vehicles. One hundred-thirty autonomous test vehicles equipped with GM’s next generation of self-driving technology were produced at Orion Assembly Plant in Michigan and joined the more than 50 autonomous vehicles already deployed in testing fleets in San Francisco; Scottsdale, Arizona; and metro Detroit.

In the meantime, GM is developing advanced driver assist systems that will form the foundation for self-driving vehicles. GM has been testing and validating Super Cruise hand-free driving assistance technology in the U.S. and China. It will first be rolled out this fall in the U.S. in the Cadillac CT6 and introduced in a future Cadillac product in China.

According to Barra, customers do not just appreciate connected vehicles, they demand them. Shared, autonomous vehicles have the potential to greatly reduce congestion in large cities such as Shanghai while still providing on-demand transportation.

GM has been a leader in the connectivity space for more than 20 years through OnStar. In China, OnStar already has more than a million customers. GM’s goal is to have all of its Cadillac, Buick and Chevrolet models in China connected by 2020.

This is setting the stage for deploying connected vehicle technology to improve safety and relieve congestion by allowing vehicles to communicate with one another and the infrastructure.

Vehicle to Everything (V2X) represents one of GM’s most promising solutions. GM has been helping lead the development of China’s V2X application layer standard. It is also one of the authors of the China Intelligent and Connected Vehicle Road Map, which provides a guideline for the R&D activities of manufacturers and future policy development by the government.

GM’s investment in China’s leading car-sharing technology provider Yi Wei Xing and a vehicle sharing pilot program with Shanghai Jiao Tong University, which completed in May, are helping GM to better understand how customers in China can use urban mobility vehicles in a real-world setting and a vehicle-sharing arrangement – to turn potential sustainable mobility solutions into reality.

“GM and our joint ventures are committed to providing world-class products for our customers in China, as well as the technical and business expertise to lead in the future of personal mobility.” said Barra. “No single company or organization has all the answers to the challenges we currently face or expect to face in the future.”