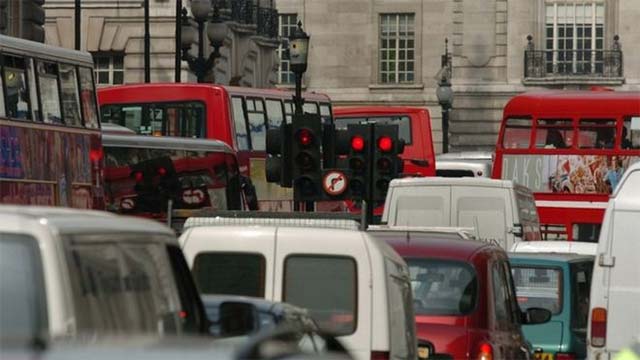 The UK Government confirmed today that it will end the sale of all new conventional petrol and diesel cars and vans by 2040, as it unveiled new plans to tackle air pollution.

This latest announcement is part of a £2.7 billion investment programme for tackling air pollution, and is consistent with the Government’s election manifesto. The ban won’t affect cars with hybrid and plug-in hybrid drivetrains, but rather “conventional petrol and diesel cars”.

The UK Plan for Tackling Roadside Nitrogen Dioxide Concentrations produced by Department for Environment, Food & Rural Affairs (Defra) and the Department for Transport outlines how councils with the worst levels of air pollution at busy road junctions and hotspots must take robust action.

Today’s announcement is focused on delivering nitrogen dioxide (NO2) compliance at the roadside in the shortest amount of time. This is one part of our programme to deliver clean air – next year the Government will publish a comprehensive Clean Air Strategy which will address other sources of air pollution.

Air quality in the UK has been improving significantly in recent decades, with reductions in emissions of all of the key pollutants, and NO2 levels down by half in the last 15 years.

Despite this, an analysis of over 1,800 of Britain’s major roads show that a small number of these – 81 or 4% – are due to breach legal pollution limits for NO2, with 33 of these outside of London.

To accelerate action local areas will be asked to produce initial plans within eight months and final plans by the end of next year.

The Government will help towns and cities by providing £255 million to implement their plans, in addition to the £2.7 billion we are already investing.

Due to the highly localised nature of the problem local knowledge will be crucial in solving pollution problems in these hotspots. The government will require councils to produce local air quality plans which reduce nitrogen dioxide levels in the fastest possible time.

Local authorities will be able to bid for money from a new Clean Air Fund to support improvements which will reduce the need for restrictions on polluting vehicles. This could include changing road layouts, removing traffic lights and speed humps, or upgrading bus fleets.

Air pollution continues to have an unnecessary and avoidable impact on people’s health and evidence shows that poor air quality is the largest environmental risk to public health in the UK, costing the country up to £2.7 billion in lost productivity in 2012.

The UK is one of 17 EU countries breaching annual targets for nitrogen dioxide, a problem which has been made worse by the failure of the European testing regime for vehicle emissions.

The government will also issue a consultation in the autumn to gather views on measures to support motorists, residents and businesses affected by local plans – such as retrofitting, subsidised car club memberships, exemptions from any vehicles restrictions, or a targeted scrappage scheme for car and van drivers.