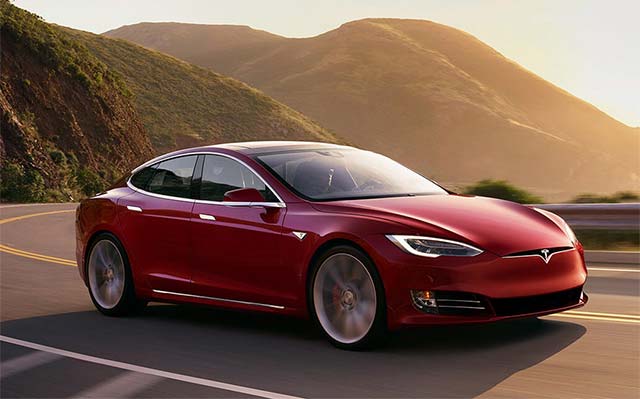 The Model S got an over-the-air update that set the upper limit of the advanced driver-assistance feature back to 90 miles per hour, like the Model S versions built before October 2016.

The magazine had lowered its Model S safety scores in April for the newer versions of the sedan and the Model X, Tesla’s luxury SUV, because they didn’t have their AEB system enabled as part of a “standard” package.

Tesla began a rollout of AEB in April, but the update activated the feature on vehicles up to 28 mph; later that month Tesla said that AEB would eventually work at highway speeds, “which led to the recent update,” Consumer Reports said.

In early July, Tesla’s Model S received another over-the-air update that increased that limit to 90 mph. Consumer Reports said that after testing and verifying this update, the Model S was upgraded once more.

The Model X, receiving the same update, “regained some points, but those did not lift it very much in its category, where it resides near the bottom.”

Consumer Reports has called Automatic Emergency Braking critical safety software that “has helped save lives.” In its scoring, the magazine awards extra points to automakers that have it as a standard feature.

Twenty U.S. automakers, joined a voluntary agreement with the National Highway Traffic Safety Administration in March 2016 to make AEB standard on every trim level of most light vehicles starting in 2022.

“Automakers should never treat safety as a luxury item,” says William Wallace, a policy analyst for Consumers Union, the policy and mobilization arm of Consumer Reports. “Proven, life-saving safety features should be in every new car sold, and automakers certainly should not wait until 2022 to make automatic emergency braking standard.”

[source: Consumer Reports]
Jul 26, 2017Blagojce Krivevski
How the Formula E Season 3 title can be won?New petrol and diesel cars to be banned from 2040 in UK