VW To Build 150kW+ EV Charging Network In The US 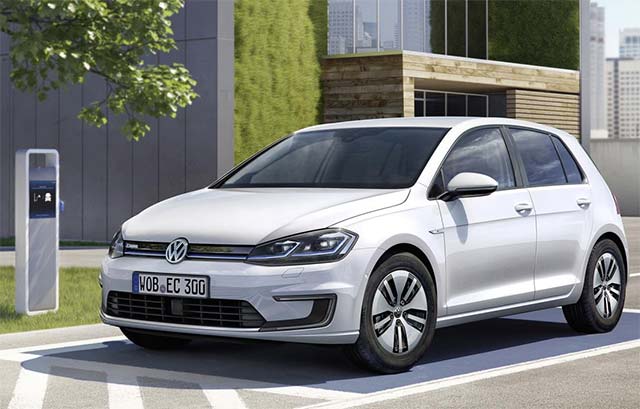 Electrify America, LLC, a new company owned by VW USA created to manage a $2 billion investment program to support the increased use of zero emissions vehicle (ZEV) in the United States, announced that it will start executing on its first National ZEV Investment Plan.

In this initial investment of $300 million, Electrify America will establish a network of more than 450 electric vehicle charging stations in 11 major metropolitan areas and along highly trafficked highway corridors. Electrify America also will launch a brand-neutral public awareness and education campaign to increase understanding about electric vehicles, charging availability and the benefits of electric mobility.

The National ZEV Investment Plan outlines the first of four 30-month investment cycles that will direct $1.2 billion in electric vehicle infrastructure and education programs in states except California through 2027. This investment will support jobs throughout the United States. In addition, under a separate plan, Electrify America will invest $800 million in California, one of the largest ZEV markets in the world. Together, this $2 billion investment represents the largest of its kind in electric vehicle infrastructure and awareness programs.

The first cycle, designed to maximize public access to electric charging stations, will focus on supporting and promoting greater availability of customer-friendly infrastructure in areas with high demand for ZEV technology. Construction on the new stations is set to begin in the second quarter of 2017 and will be completed by 2019.

“Electrify America aims to establish one of the largest, most technically advanced and customer-friendly charging networks in the U.S.,” said Mark McNabb, Chief Executive Officer of Electrify America. “Our investments will make it easier and faster for millions of Americans to charge their electric vehicles while encouraging more drivers to explore and embrace electric driving.”

Electrify America will work with a broad range of experienced partners to develop, operate and maintain:

– A high-speed highway network with an initial target of approximately 240 highway charging station sites installed or under development by the end of the first cycle. Charging station sites will offer the newest non-proprietary charging technology, including four to ten individual 150 kW and 320 kW DC fast chargers at each location. The chargers will refuel ZEVs three to six times faster than most currently installed non-proprietary DC fast chargers and could reduce the average charging times to approximately 15-20 minutes in some cases for next generation, larger battery capacity ZEVs.

The highway charging sites will be present in 39 U.S. states, and have high correlation with the EV Charging Corridors recently designated by the Federal government. Sites will be, on average, about 66 miles apart, with no more than 120 miles between stations, meaning many shorter range ZEVs available today will be able to use this network.

Electrify America stations will be designed to support many existing and anticipated charging technology needs, including evolving industry standards like the Combined Charging Standard and the Open Charge Point Protocol.

As part of the program, Electrify America is developing a brand-neutral, comprehensive educational campaign that will simultaneously communicate the benefits of ZEVs (performance, acceleration, quietness, comfort, and the overall enjoyment of the ride) and address barriers to adoption (range anxiety, “golf cart” misperception, charger availability). Traditional advertising channels such as television and targeted digital media will be used to help consumers understand that ZEVs not only meet the majority of their needs today, but even more so as the charging infrastructure network grows.

Electrify America was established as part of Volkswagen’s Court-approved settlement involving 2.0L TDI diesel vehicles in the United States. The National ZEV Investment Plan was developed following a comprehensive national outreach and public comment period. A total of 484 submissions were received during the comment period from entities in all but four states, and from two Native American tribes. The Environmental Protection Agency recently acknowledged that the National ZEV Investment Plan is consistent with the requirements of the settlement and is now final.