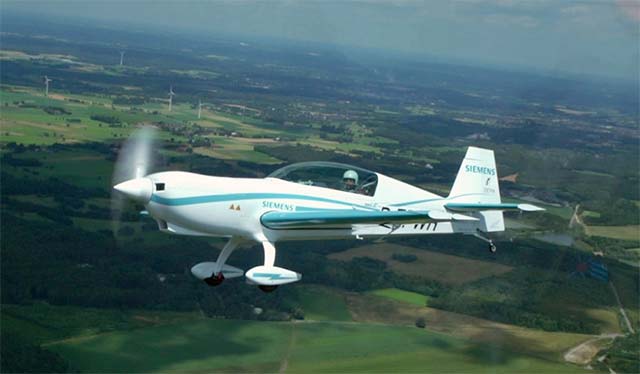 The Extra 330LE aerobatic plane, powered by a propulsion system from Siemens, set two new speed records. At the Dinslaken Schwarze Heide airfield in Germany, the electric aircraft reached a top speed of around 337.50 km/h (209.7 mph) over a distance of three kilometers.

The speed achieved by pilot Walter Extra was 13.48 km/h faster than the previous record, which had been set by U.S. pilot William M. Yates in 2013. The World Air Sports Federation (FAI) officially recognized the record flight in the category “Electric airplanes with a take-off weight less than 1,000 kilograms.”

The Extra also set a new FAI world record in the category “above 1,000 kilograms”: in a slightly modified configuration with an overall weight exceeding one metric ton, test pilot Walter Kampsmann flew the electric airplane at a speed of 342.86 km/h (213 mph).

The nearly silent aerotow took a type LS8-neo glider up to a height of 600 meters in only 76 seconds. 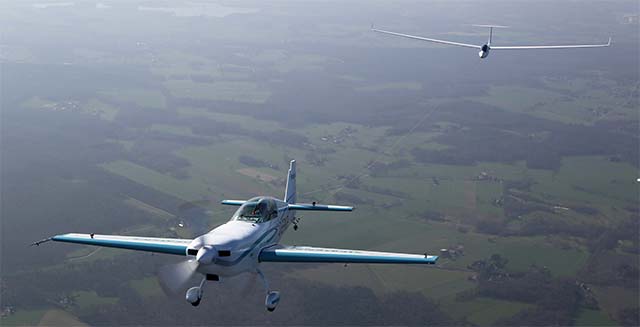 The new propulsion system from Siemens only recently completed its maiden flight, which took place in July 2016. In addition, the lightweight electric motor for aircraft already held a world record for power-to-weight ratio: weighing just 50 kilograms, it supplies a constant electric output of 260 kilowatts, which is five times more than comparable propulsion systems.

The Extra 330LE, which weighs about 1,000 kilograms, serves as the flying test bed for the new propulsion system. As an aerobatic plane, it is particularly well suited for taking the components to their stress limits and for testing and enhancing them. Currently, there are no plans for series production of this electric plane.

Siemens is also contributing this technology to its joint project with Airbus in the area of electrically powered flight. In this connection, the two companies signed a collaboration agreement in April 2016. Electric propulsion systems are scalable, and Siemens and Airbus intend to develop hybrid-electric regional aircraft on the basis of this record-setting motor. “By 2030, we expect to see the first planes carrying up to 100 passengers and having a range of about 1,000 kilometers,” explained Anton. Siemens is determined to establish hybrid-electric propulsion systems for aircraft as a future area of business.