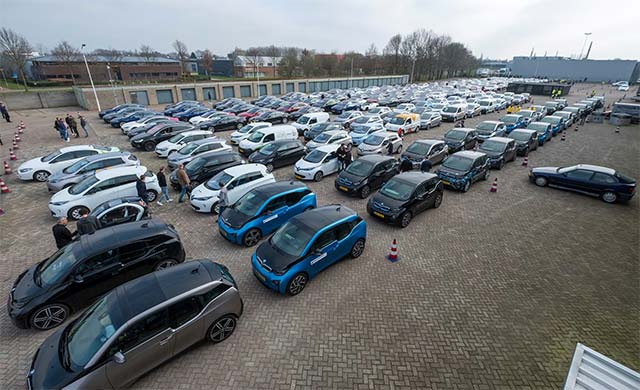 The largest parade of electric vehicles is 746 and was achieved in the Netherlands, on the on the A270, from Helmond and Eindhoven.

The total easily surpassed the previous mark of 576 electric vehicles, which was set in Germany at the Berlin ePrix on 23 May 2015,

The procession drove more than 3.5 kilometers on the highway, which was closed briefly for the record.