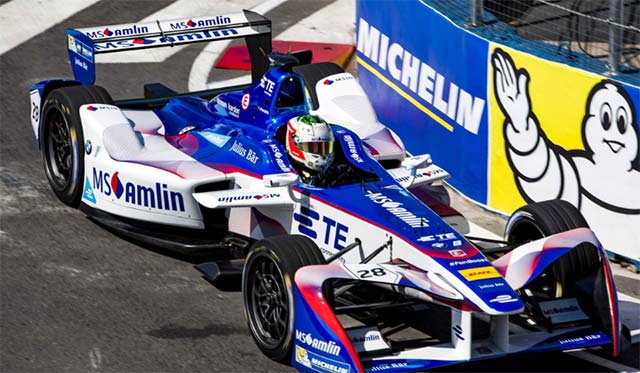 Though the season started strongly with a double-points finish in Hong Kong, fortunes have been less positive for the Andretti Formula E team in rounds two and three, with no points scored in Marrakesh and Buenos Aires.

The target for Mexico City is obvious: points. Mexico’s race takes place at the Autódromo Hermanos Rodríguez, part baseball stadium, and part racetrack. The circuit weaves its way through the huge grandstands, creating an unmistakeable atmosphere. The track is similar to, though not the same as, the layout used for the Mexican Grand Prix. It is the highest track on the calendar, with an elevation of more than 2,500 metres.

The MS Amlin Andretti team, as well as Félix da Costa and Frijns, will need to be wily with strategy and race craft to take the top positions this time round. An eventful race is guaranteed in Formula E, and the key to strong results is often avoiding the drama and ensuring a clean ePrix.

Mexico’s ePrix utilises the Autódromo Hermanos Rodríguez, named after famous racing brothers Pedro and Ricardo. The circuit is a permanent fixture, the only full-time circuit on the calendar. The circuit map features two long hairpins, forming an oval shape, with several turns inside the main figure. Unlike other FIA world championships to visit the venue, Formula E races around the famous, daunting Peraltada hairpin.

The circuit also encompasses a baseball stadium, formerly home to 16-time Mexican champions Diablos Rojos del Mexico, providing an exciting atmosphere for drivers and spectators alike, with huge crowds densely packed around several tight turns on the infield. It is also the highest on the calendar – 2,500m above sea level.

The BMW i Vehicle Fleet

For Season 3, BMW i remains the “Official Vehicle Partner” for the FIA Formula E Championship. The BMW i8 is the high-performance, efficient Safety Car in Formula E. The BMW i3 is the “Medical Car” and “Race Director Car”. The BMW X5 xDrive40e functions as the “Rescue Car” or “Extrication Car”.