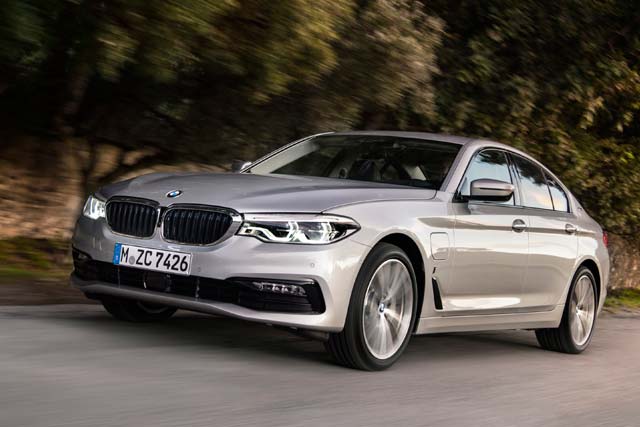 Today, during its world premiere at the Detroit Auto Show, BMW announced pricing for the latest additions to the new BMW 5 Series model portfolio: the BMW 530e iPerformance Sedan and the BMW M550i xDrive Sedan. Both vehicles will be arriving in U.S. showrooms in spring 2017.

As the fourth addition to the U.S. iPerformance model portfolio, BMW once again showcases its commitment to efficiency without compromising dynamics. As for its power source, trailblazing BMW eDrive technology teams up an eDrive electric motor with a 4-cylinder 2.0-liter TwinPower Turbo combustion engine to create an exceptionally efficient and powerful plug-in hybrid drive system.

The 2018 BMW M550i xDrive Sedan will be available starting at $72,100 plus $995 Destination and Handling. This vehicle takes the top spot in the current BMW 5 Series lineup and is the latest addition to the BMW M Performance model family.