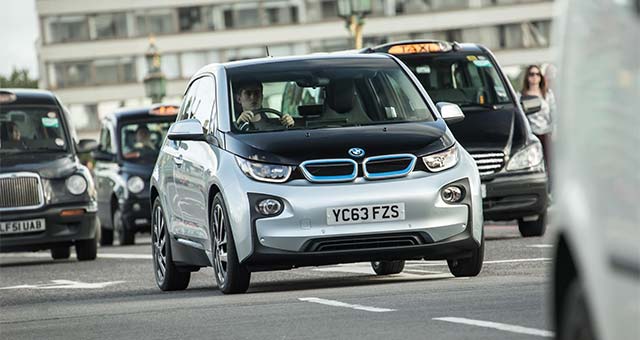 43 % of all Passenger Car Plug-ins sold in China this Year
China is the growth motor for plug-in sales. “New Energy Vehicle” volume for passenger cars more than doubled in the first quarter and growth accelerated to 140 % for Q2. In Q3, the increase slowed down to 63 % which is still higher than for any other region. Yet, the days of 2- or 3-fold sales increases seen for China, in 2014-2015 are most probably over. 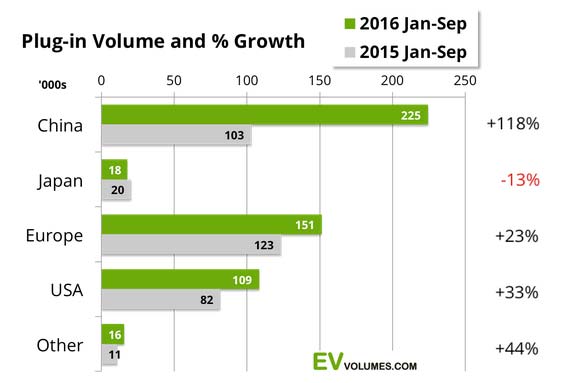 Europe struggles to continue on the 99 % growth rate of last year. Many markets develop strong, but the incentive changes for PHEV in the Netherlands and EVs in Denmark darken the overall picture. Growth was 31 % in Q2, only 13 % in Q2 and 24% for Q3.

Pure EVs gain ground again
The mix of battery electric vehicles (BEV) and plug-in hybrids (PHEV) had moved towards Plug-in Hybrids during previous years. There are differences between the regions, though. In China, the ratio is still two EVs on one PHEV. In USA and Europe, the EV/PHEV mix approached a 50:50 split. New model launches, mostly PHEV in Europe/US and mostly EVs in China play an important part in this.

Q3 saw a significant shift towards BEVs, thanks to the strong Tesla Q3 result and fast growing China, where BEVs gained 10% in the BEV/PHEV mix, compared to the first 3 quarters of 2015.

Europe in particular shows diverse and interesting developments in the individual countries, largely depending on the tax & incentive structures and domestic product offers. EV-volumes has been tracking the developments several years back and gained many useful insights for the impact of incentives and product news. 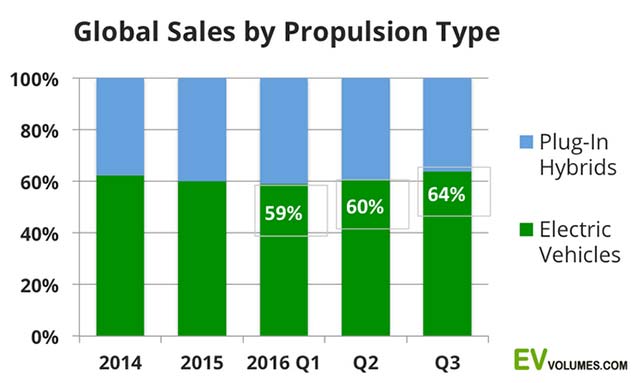