Jean Todt: Formula E is a laboratory for racing 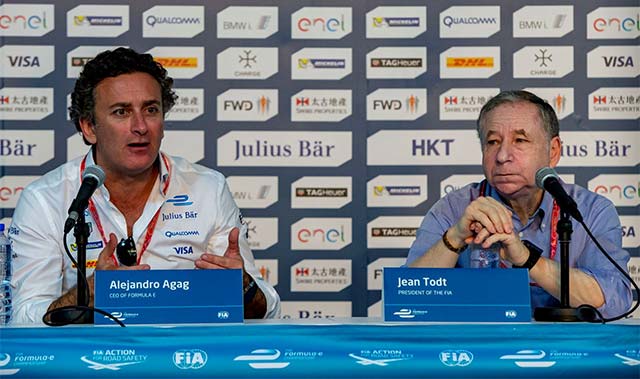 The FIA Formula E Championship – the all-electric city street racing series – can act as a laboratory for the development of electric vehicle technology, according to FIA President Jean Todt.

Speaking at the season-opening HKT Hong Kong ePrix, Todt said: “It is a completely new kind of technology in motoring, so the biggest issue is duration of the batteries – the autonomy – and it is very much adapted to cities. Because in cities you don’t have a long distance to achieve and you have opportunities to recharge when you are home or when you are in a working place or shopping place or wherever.”

“That is why we want to promote electric technology in the cities and we will be able to demonstrate in season five, that in just five years we have been able to double the autonomy of the car. In season five there will also be a new, very different car. We want Formula E, a FIA Championship, to be a visionary championship. We want to highlight how our racing cars will be, not in two years but in 20 years, so that it is kind of a laboratory for motor racing.”

With new manufacturers joining the series, the potential for technological development is huge. But these changes can also bring with them increased costs. Formula E CEO Alejandro Agag believes that the manufacturers will have a key role to play in ensuring that costs are kept under control.

“I think the role of the manufacturers with the teams is very important for this,” he said. “They are the ones, they are the actors that will develop the technology, and they are also making road cars at the same time, so they can use that technology on the road cars. We’ve seen for example, in the Paris Motor Show a concept car by Renault that uses their Formula E powertrain. So there’s already an immediate example of technology from Formula E going to a road car.”

McLaren Applied Technologies has been appointed as the sole battery supplier for seasons five and six, while SPARK has won the tender to produce the chassis.